General Info
Valu Auto Center is founded on trust, integrity, and respect. We are proud to offer these values in our sales and business practices so our customers keep coming back. The vehicles on our lot have the best prices and quality in the area so come by and see us today!
Hours
Regular Hours
Services/Products
Brands
Raybestos
Payment method
cash, check, discover, master card, visa
Other Link 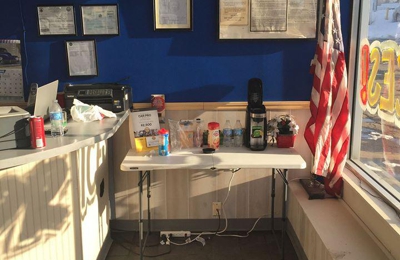 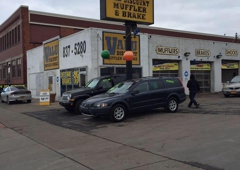 Bought a Toyota Prius from them and it was 2000 less than the next lowest one I could find I was a southern car which had zero rust ... I love it and they really take good care of me when I need an oil change .... great guys to deal with

1976 Ridge Rd, West Seneca - Sign out front says $6.95 for a state inspection. I'm in! When you're in and getting the inspection he tells you it's extra for the emissions portion of the inspection so you only save a few bucks off regular price. That's deceiving and untruthful. Makes you wonder how the rest will go- immediately a red flag for me. He soon tells me the rear brakes will need replacing (at an exorbitant amount) and he took me in to show me- he had a hard time getting his gauge to go below the 1/16 of an inch state minimum you need to pass so he was tilting the gauge and tried at least 15 times (not exaggerating) in front of me (but could not produce it) than just said- "yeah those wont pass". He then said I needed a new left front strut as he said it was angled and look bent. He said it made a popping noise when he raised the car on the lift. It did look funny but I noticed they had moved the boot (covering of the strut that looks like an accordion) partially up off the bottom so it was not sitting right- I placed it back down where it should have been and I said, "Well, I'm not seeing what you're seeing." He then told me the strut was only a recommendation and not a part of the inspection. So, I left there without passing (due to the brakes). I took it to another place and they checked both the brakes and the strut (which I told them about) and passed. The moral of the story for me is NEVER GO TO A PLACE THAT STARTS WITH THE WORD "VALUE". In this case it means, more money, dishonest, partial truth and scheming. Also notice on the walls that there are no signs regarding cost of anything! Not even the sign they legally have to post regarding the cost of inspections!