(347) 201-4261Visit WebsiteMap & Directions377 Ocean ParkwayBrooklyn, NY 11218Write a Review
Contact Us
Hours
Do you know the hours for this business?
Popular
END_OF_DOCUMENT_TOKEN_TO_BE_REPLACED
Provided by

For Jobs Done Right The First Time Call Us! We Have The Best Affordable Prices And The Best Service!

General Info
We specialize in all types of construction work. Starting from interior to exterior. This website generalizes all our areas of expertise. It will help our customers understand what they want and need. Giving us a chance to make our relation strong and also giving us the opportunity to serve them better
Email
Email Business
Extra Phones 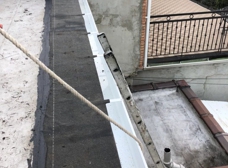 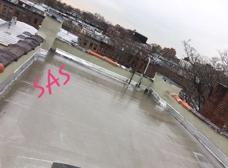 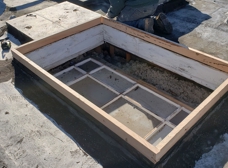 Mohammad was an absolute delight. Not knowing anything about SAS as we acquired them from the internet. The crew was knowledgeable, courteous and on time. They finished to job expertly as promised, plus extras. Can't wait for the next job, I have his tele # on speed dial.

We hired Mohammad and his team to remove and replace the flat roof on our newly purchased townhouse. They completed the work in three days, were communicative throughout the entire process providing us with updates and photos, were affordable, and did a great job. His team also installed 2 brand new skylights, rebuilt the skylight frame that had rotted away, and replaced our old gutter. Throughout the job, his team was friendly, efficient and always cleaned up after themselves.

We not only recommend SAS Contracting to anyone looking for work done, we are going to ask for them to work on the next job immediately.

Mohammad worked on my roof over a year ago. I purposely waited to write a review because I have had different companies worked on my roof and after a heavy rain, water leaked inside. This hasn't been the case with SAS Roofing. Mohammad was very professional and fixed everything that needed fixing. After a year and three months, I haven't had water leaked inside my house.

Mohammad and his team helped me fix an issue on my roof and some other tasks around the house. Mohammad himself was always quick to respond and very reassuring when he visited to assess the job. His team were punctual, courteous and cleaned up thoroughly after the job was finished. I would recommend his services highly and would certainly use Mohammad again.

Mohammed was one of the best contractors I've ever worked with. His communication was prompt and constant, his prices were fair, and he keenly understands his work. He provided a Bilco hatch, chimney flue liner, and a new-and-improved roof for a Brooklyn home we had just bought. He expanded our knowledge of the issues and how to solve them and every step of the process was painless, as far as these things go. I highly recommend SAS Roofing.

I hired SAS to fix our extremely old and leaking roof. Mohammed came and assessed the situation and let me know the old roof needed to be removed and a brand new roof installed. His estimate was reasonable for the scope of work that was required. From the inception to the completion of this project, I can say that Mohammed and his team were extremely professional, hardworking and reliable. They did a stellar job and even did some extra work. Mohammed accommodated my request for before, during and after pictures and he and his crew left the job site completely clean each day. Thanks to SAS, I no longer have to worry when it rains and I’m pleased with my finished roof.

Trustworthy contractors like SAS are hard to come by and I will definitely hire them for future work.

SAS Roofing & Waterproofing Co. just finished up a beautiful roof on our house today. They were fast and very clean. Everything they had to move was placed right back where they found it before they left. They even went over the ground with a magnet to get up any loose nails. The guys were professional and courteous and we would highly recommend SAS ROOFING!

I had a great experience. Very professional, from start to finish. Good coordination with the tenant, who is pleased with the new roof. They sent before and after pictures, and the results look fantastic. Install was performed within a day. Would definitely recommend, and would use them again.

Mohammad did a great job on our leaking roof. The whole process he was very responsive. Price and professionalism was the reason he won out over the other bids. We had a leak that was only getting worse, Mohammad came in on a Sunday patched up the roof and covered the chimney as well as and chimney caps, we weren't going to be home but I asked him to send photos and he did once the work was completed. Overall very satisfied and can once again enjoy the sound of rain without worrying about our bathroom flooding/leaking from the ceiling! Thanks Mohammad!

We had a major water problem in our basement a year ago. Every time it rained water would seep in. I thought it was coming from above so we had SAS Roofing & Waterproofing come and take a look. They informed me it was actually coming up from below. They had to dig up along the wall in a finished part of the basement, the laundry room and a new bathroom. The guys were great. They took the time to save our flooring in the finished part and the tile in the bathroom. Within 2 days, they were done. We haven't had a drop of water since. Well worth the money. I would recommend them to everyone.

We had a leak in our kitchen ceiling that was also affecting our neighbor's house, and we needed to fix it as soon as possible. I called SAS Roofing, and Mohammad was on the scene just a few hours later. He surveyed the leak, bringing me up on the roof with him, and then he immediately identified the problem. Mohammad explained to me exactly what had to be done, and he gave me an estimate shortly after. Less than a week later, the SAS crew was on the job, and the problem was completely eliminated in less than a day's work. Afterwards, Mohammed took me back on the roof and showed me exactly what had been done, making sure that I was completely pleased with the results. What impressed me the most, however, was that, after the next major rainfall, Mohammed had called me to make sure the problem was completely resolved! SAS stands by their work!

SAS resurfaced half my roof (flat) after making the surface level, repairing a deeply damaged rain trough and installing a new skylight. Mohammad inspected the roof and let me know only one half needed to be done. He was also able to figure out how to correctly solve the problems I was having with leakage and dripping that none of the other companies were able to identify. Mohammad was flexible in terms of my schedule and arrived on time and ready to do the work when the date was set. His workers are skilled and responded well to my oversight of their work. Mohammad is honest and always answers questions, emails and phone calls. He genuinely wants the job done right.

SAS did a great job repairing the cornice on the top of my brownstone. The price was reasonable, given the task, the workers were polite and efficient, and the owner was very responsive in setting up the time for the work to be done. Excellent work and experience. Would use again any time.

SAS Roofing was timely, thorough, and professional. I had nothing else to go on other than what Yelp , YP and Google reviews said and they were all accurate. Amzad arrived on time to provide a quote to re-seal seams on my roof terrace. His prices were fair and competitive out of the 6 people I interviewed. After he left, he sent me a contract within the hour which I was able to provide to my condo board for documentation. The work was done in half a day - his crew worked meticulously and seamlessly. Amzad even came the next day to touch up some of the paint. He is responsive via email, text, and phone call and very easy to work with. I will be using him again and I highly recommend him for any roofing or masonry work that needs to be done.

I am very particular in terms of the quality and execution of work provided for me by contractors. SaS was hired to update my backyard with new poured concrete and fencing. They were very professional and executed according to my expectations. Job was completed on time and on budget. I am very happy with their work and would gladly recommend them.

It was a pleasure working with Amzad and the crew at SAS Roofing & Waterproofing. From the initial phone call to the end result, this company exceeded my expectations. Amzad was very knowledgeable and thorough from the onset, so we knew what to expect. They showed up and completed the work when expected. The crew worked hard and efficiently until the work was completed. All the workers are very polite, knowledgeable and caring of your home. I will certainly call on them again if needed.

Amzad and his crew did excellent work in repairing and waterproofing the back of our three story brick house. We will be calling on them to do some interior work as well.

Amzad's work with us was incredible. He sealed and painted our synthetic stucco siding in the front of our house. He sealed cracks in our roof and helped with drainage. He sealed our rear vinyl siding, and he fixed a leak in the roof of our back addition that four other experts could not figure out. Throughout the process, Amzad brought an analytical sensibility to his work, as well as a sense of pride and professionalism. Amzad is smart, skilled, thorough and good at what he does. Doing the job well matters to Amzad, so much so that he frequently checks in after heavy rains to make sure that leaking has not resumed. (It hasn't.) I've struggled to find honest, competent home repair professionals in Brooklyn, but Amzad renewed my faith that it was possible. He is licensed, insured, and very much interested in doing his work above board with an explicit contract. I couldn't recommend him more highly.