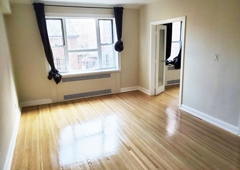 Dyal and his crew did a nice job refinishing my wood floors. They left the place clean and the floors looking new. I will definitely hire Gemini again.

I am so livid, from all the good reviews I've read I wouldn't have thought I'd have to deal with such ignorance and inconsideration. Dyal and his team started to repair our old stairs with the materials provided for him to install. He did a decent job installing the steps and the bullnose and granted we didn't have all the materials on site due to the delay of the manufacturer so Dyal and his team as agreed upon would come back to finish installing the hand railings, posts and spindles, a deposit has been made. About a week, week and a half we finally received all of the materials and right away contacted Dyal to come back but was unresponsive. After trying to contact for over 2-3 days from my phone and my husbands phone with getting no where, I used other people's phone where he wouldn't recognize the number and wouldn't you believe it he finally answered on a Friday with promising he'll come in on Monday to continue the work. I took off work to make sure I was available at the time he'd arrive however Monday came, no sign of Dyal. Tried contacting several times, no answer. My husband contacted him after several attempts and got another promise he'll come the next day. Took off work to accommodate but Tuesday came, no show. After constantly dealing with this up until today which is Thursday, finally, his team showed up asking for another payment before starting any work and another payment after they finish. I cannot believe how disrespectful and inconsiderate Dyal has been. I took off this whole week waiting and waiting for him to come and he finally shows up asking for more money before even continuing to work especially knowing that we've already been screwed over by another contractor and having to finish the home ourselves while taking out loans because he ran off with our money before even finishing, how dare he try to do the same it's disgusting. I have no problem giving another payment once some type of work has been done.