Relax, Rejuvenate and Refresh at a Full-Service MediSpa in the Heart of Brooklyn.

General Info
Patients in and around the area of Cobble Hill, NY who are interested in enhancing their skin, hair, nails, or body with the assistance of a dermatologist are encouraged to book an appointment with Dr. Tatiana Khrom of the Art of Natural Beauty. Her practice can be reached at 718.521.2913 and is readily available to assist new and existing men and women seeking beauty and health! With a wide selection of services, patients are able to achieve results with our trained professionals. We offer services including Coolsculpting, laser hair removal, laser therapies, skin rejuvenation, and even cosmetic fillers for turning back the hands of time. Find out more about the ways you can enhance your appearance and health with our providers
Email
Email Business
BBB Rating
A+
BBB Rating and Accreditation information may be delayed up to a week.
Payment method
amex, all major credit cards, debit, check
Location
Court St between Baltic and Warren, blocks from the Bergen F train.
Neighborhoods
South Brooklyn, Cobble Hill, Boerum Hill
Amenities
Sauna Room
Languages
English, French, Japanese, Russian, Spanish, Turkish
Accreditation 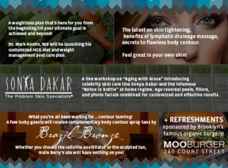 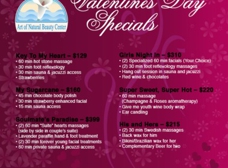 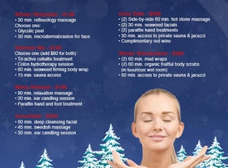 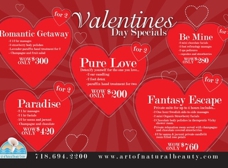 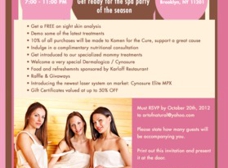 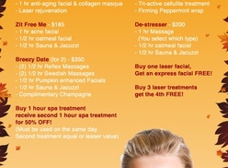 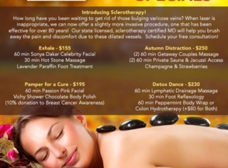 my boyfriend actually got me a giftcard to here for no reason--it was so sweet! i was kinda nervous cuz he knows nothing about spas so had no idea what to expect in terms of service and quality. but my worries were for nothing! very clean and relaxing environment. i'd definitely use them again.

big fan of their gentleman facial. really gives me that extra glow and the ladies seem to love it!

I have to say, the facility is very welcoming and felt relaxing the instant I walked in there. Its very clean, and all of the staff had smiles and enthusiastic for me to be there which was a change from previous experiences...

My massage itself was great! For anyone who has had a problem with knots in their necks, shoulders or back, they know how irritating it can be throughout the day. The massage therapists knew exactly where my problem areas were and addressed them. Yes, it was painful at times, but as a sports massage usually is if done right.

So, the most important part of this experience. THE MASSAGE. IT WAS TERRIFIC and have not had any muscle tightness or "kinks" in my problem areas since last week.

I was very pleased with my overall experience there, and will definitely be going back for more massages!!

I started to come here for laser treatments about a year ago. I forgot about it once i didn't need any more sessions. And recently I purchased a gift certificate for my girl friend for a massage. Her therapist was Eirini and she couldn't stop braggin about how amazing Eirini is with her hands. She did a little of hot stone and Swedish and left her feeling relaxed for days. Yesterday we returned for a couples massage (so that I can try out their massages too) and we couldn't be more satisfied. We received complementary refreshments and ending up staying to use the beautiful sauna and jacuzzi (which is a private room!). So upset that I hadn't known their other treatments when I first began laser with them. I would definitely recommend this place!

The first time I visited the spa for Colon Hydrotherapy, I felt the same way like most of the people who gave them 5 stars but after my 4th session, I was convinced they were only out to get my money. After the first session, I felt good too and the therapist recommended that I do more Colonics and sign up for a package of 5 colonics where I would get the 6th one free (price was $105 * 5 = $525 + tax with 6th one free). The therapist recommended that I do 3 now (1 every week) and do 3 again some other time. After the third session, she recommended that I do one more (my fourth) the following week. After my fourth session, she again recommended that I do my fifth colonic the following week. I was annoyed because I felt bloated with water and I hadn't had a bowel movement for some time. So I was questioning if this Colon Hydrotherapy really works because I am a 130 lb woman in relatively good health. The therapist kept telling me how slim and good I look. But, I have always been slim. After my fourth session, I really didn't feel like I needed a 5th colonic. So, I told the receptionist that I no longer wanted the package but wanted to be charged for only 4 colonics at (4* $105 = $420 + tax). She was strong headed that once I sign up for a package, I can't get out of it and I can do my 5th and 6th colonic at any time. What? I was never told this nor did I sign to anything that said I was bound to any package. How absurd! They wanted to charge me for Colonics that I haven't even done yet. But, I wasn't going to have it and argued my way out of it! Eventually, the receptionist charged me for only the 4 Colonics and I was out of there. So, they got $420 + tax of my money and I'm starting to wonder about this Colonic thing. Maybe 1 Colonic would have been good enough NOT FOUR!!! Usually they call me the next day to find out how was my treatment but not this time. They only call you so you will be enticed to come back. I will not be back! Be warned.

Last week i decided to get my brazilian done with laser. i heard many things from my friends, good and bad. when i went here for consultation, the people really care about your hair not comeing back. so i did my first session , and glad i bought the package for 6 times. and cant wait to go back.