We've Got What You're Looking For

General Info
When you come to Ferguson Kia, know that you're receiving top-notch care from our sales, finance and service teams. See our inventory of new and pre-owned Kia models when you visit our Kia dealership in Broken Arrow, OK, and take the vehicle you love for a test-drive today!
Hours
Regular Hours
Extra Phones 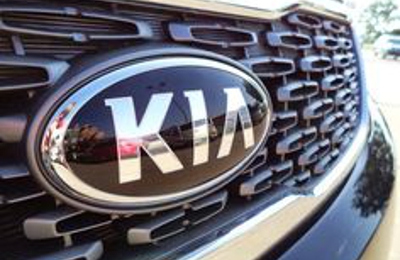 It was the night before D day (decision day) and I was not quite satisfied with the offers that I had received from several other dealerships. I took to the internet to compare prices one more time. That's when I found this incredible deal at Ferguson KIA in Broken Arrow. I knew how good the deal was because I had been scouring the internet and visiting dealerships for the past week. I love the way they do business at Ferguson KIA. Thinking outside of an old outdated "box," they have reinvented the car buying experience - one price, the best price, and that's it!
Thanks guys for taking such good care of me! It was quick, easy, and actually fun.
Hands down the best car buying experience of all time!
I [heart] Ferguson KIA!

My family and I had a great experience with Ferguson Kia! We spoke with our car salesman, Jacob who was very helpful and let us test drive it. He talked about the car and really let us know what it was about. Once we selected a car, we spoke with Art, a financial manager who was very helpful! He was engaging with the customers and was genuine about our car. I would really recommend ferguson Kia in BA because they're authentic and straight forward about the car and pricing.

Very happy with my purchase of a 2017 Kia Soul... I picked out what I wanted online and emailed the dealer. My salesman Joe was awesome... my deal was challenging but within 3 days that had it accomplished and even better than I expected. When we got to the dealership, they were waiting and we had our paperwork completed in 15 minutes or less! Shane was sweet and efficient! Joe was awesome! Coming in on his day off to help complete the sale... I will add that I was hesitant to buy from Ferguson because in 2008 I had horrible experience with them...the sales staff and manager was rude that day... but the experience this time was awesome and I have only awesome things to say! I highly recommend Joe and Shane! Both awesome!

I worked there once and I can guarantee you they're a bunch of jerks and a bunch of snakes. They don't give a crap about the customer other than to take your money and rip you off!

I would put no star if I could! This place was a huge disappointment! We went to Tulsa looking for a van. We have 2 kids and a newborn. We test drove the desired van, a 2015 Kia Sedona SXL. We negotiated the trade-in (2014 Kia Sorento loaded vehicle) and everyone was agreed upon the price of van and trade in deal. I signed saying that we settled. We were called back to Shane's office to get the final paperwork pushed through (credit reports, financing, etc). Our 3 kids were getting fussy and tired of being there and hungry because it was lunchtime. We were planning on going to the zoo during our trip to Tulsa. Shane said this was going to take a while since it was Memorial Day. We decided to leave for lunch and the zoo. They offered to let us drive it to the zoo. But since we had car seats and stroller already in our current car and needing lunch, we decided against it. Shane said he would call us. Shane had our cell numbers and my husband gave his business card to our salesman to make sure that they could contact us. We never got a call, so we decided to stop back in there after our visit to the zoo. The van was sitting out front. At first, we thought it was waiting for us. I walked in there and went to Shane's office. He was busy. Our salesman, Pappy said he would contact us in the morning. On my way out, we saw another couple checking out the van (the one we picked out). They shook our salesman's hand and gave a hug even and away they went with the van that we were waiting on paperwork for. I confronted the salesman and he said it wasn't his fault that he sold it, it was the managers fault because they were paying cash the sales manager said it was okay to do. I confronted the sales manager. He acted like he didn't know what was going on other than Shane was really busy and didn't have a chance to put ours through. So how did Shane have time to put there's through if he didn't have time to put ours through first? Seriously? What kind of business does this without a phone call? The bottom line is, don't leave, no matter how tired, hungry, and fussy your kids get!! When they say they will call you, they won't!!! Don't expect the car you picked out and agreed on price (even signing on the price) to be there when you get back!!! Just know they will go behind your back and sell it if someone comes in wanting it!! So next time they offer to let you drive it to the zoo, take the offer or you will be coming back to a zoo!!!!

I was upset with service department on my first visit to Ferguson. I felt I was about to be unfairly charged for a key programming. I saw the bad reviews and was about to add one. I read Ryan Ferguson’s and called him first. He was very concerned about my impression of the dealership and took the time to work with me. He connected me with the guys in the service department that could explain about the charges and why they have them. In the end they were willing to work with me. I will use them again in the future.

Horrible Service, Horrible Staff!!! I bought a car from them and it was junk. They were rude the whole time I was there and the repeated trips the service department weren't any better!!!