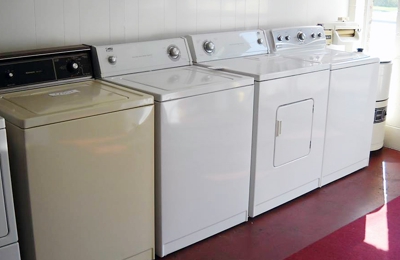 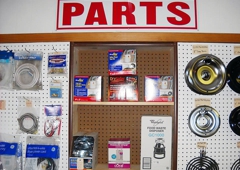 Bought a used Washer/Dryer set recently. They delivered and got it hooked up for me! Excellent customer service, quality items. I have called and asked a few questions and Brian always answers them for me and has ordered a part I need to install it tomorrow. I absolutely trust Brian's for used appliances and quality service!

This gentleman does excellent work at a reasonable price. I do wish he was available after hours for emergencies. His wife is always helpful in order parts that I have needed in the past, and will trade out used pigtails if she has the one available that I need.
Sharon Taylor

This is a wonderful local company. They provide parts, service and sell excellent clean used appliances. Bought both my washer and dryer from them. They were spotless and run great. Highly recommended if you need parts as well !

Called on Friday after the 4th, they of course were closed so left number for call back. Never got a call back so I called them 3:30 pm Monday afternoon. They said they had tried to call but I never got anything on my end so I attempted to set up an appointment for later in the week but was unable to do so because they require the brand and model number before they will look at it. My situation is it is in a rental unit with people pissed because their frig went out the day after the 4th so I was unable to use them. YOU MUST HAVE BRAND AND MODEL NUMBER BEFORE THEY WILL COME. It's sad because they had looked at a dishwasher in my home and fixed it without problems.