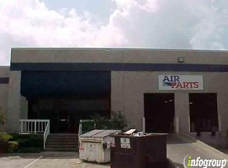 I'm absolutely disgusted by the treatment I received. We LOVED Lifeline. We had a great experience, so went back for our second dog. I have a shirt to advertise them and we make sure to donate to them. We've had some issues with our new guy and reached out to surrender him. My email and my phone calls were ignored so I just showed up. I was instantly treated rudely because of my email. It wasn't rude or anything. I used the word deceitful and that upset them. All I am trying to do is get him healthy and into another home that will love him. She accused me of just not wanting a dog anymore. She told me they have no room and can't take him even though it's past 2 on a Saturday and they've adopted plenty of puppies out. She just emailed me and is now telling me to re-home my other animals because they are not getting veterinary care. I can not believe the nerve of this place. I told her I haven't taken them in yet because of finances. That doesn't mean they never go and never will. I encourage people to read some of their reviews in other places as well. After some research we found they aren't licensed through The Pet Animal Care Facilities Act (PACFA) and we reported them. I encourage others to do so as well.

My 10 week old puppy died from rat poison 2 days after adopting her. These people never had any remorse for what my puppy went through. The "director" Jenna avoided our emails and voice messages and did NOT try to fix this situation at all. They made the situation worse and worse after the incident and proceeded to threaten me not to tell my story. I will let everyone know that this is a disgusting place that is cleary not suitable for any animal to live in. A volunteer named Chelsea laughed throughout our conversation about what had happened to my puppy. These are inconsiderate people who do not care about the health of these poor animals. This place needs to be shut down!

THERE ARE SO MANY WONDERFUL PLACES TO ADOPT FROM... DO NOT CHOOSE LIFELINE!

this "rescue" is just what i read all over reviews...HORRIBLE! I will break down the reasons why:
1. its a zoo: very unorganized...we were there for other 3 hours with very little help or answers.
2. Puppies are all most likely sick...parvo runs wild through these puppies, our puppy ended up having parvo.
3. they showed little to no concern about this problem
4. they fill the puppies with 7-10 medicines to prevent illness when in reality it causes tummy issues.
5. the puppies stay in outdoor pins with 3-6 other dogs.
6. the phone number....no one will EVER ANSWER!
DO NOT ADOPT YOUR DOG HERE....SUPPORT LOCAL SHELTERS OR BREEDERS, THESE DOGS ARE SICK AND ITS NOT FAIR TO THESE PUPPIES! Stop this business by no one supporting them!

I adopted a puppy this week from this "rescue," I had a few problems. The location was in the middle of an old ranch, puppies all in outdoor pins. The pins were not protected from the elements. The pins had gravel and no water for the puppies. They mentioned they kept puppies away from other puppies in order to reduce exposure of disease.

Our puppy on the 3rd day home began throwing up and the runs. While we were waiting to bring our puppy home we had to sit through there hour long meeting. They mentioned "decline parvo test at vet...95% of the time its a parasite." THIS IS A LIE. our puppy had parvo, this can kill puppies. We caught it very early luckily! Our vet mentioned they see more puppies from their with parvo than anything. Also, they are not up on their shots.

We called in concern to just tell them about this problem and to let other families know. Their response was nothing caring. They simply said, "you can bring the dog back"

HORRIBLE PLACE, THESE PUPPIES NEED OUR HELP BUT DO NOT SUPPORT THIS PLACE TO CONTINUE! THINK TWICE BEFORE GOING HERE!!!!!!!!!! SAVE YOURSELF THE HUGE VET BILL OF OVER $1,000 AND THE HEARTACHE!

I found, via my short initial interaction with this "rescue" that they are not organized nor do they care about the well being or good rehoming of these animals. They were curt and unhelpful in my email inquiry into their holiday hours. They responded saying they had an event today and that "their hours were on their site."I guess I was stupid/annoying them for trying to clarify if their "events" hours were in addition to their normal "hours" they had listed. I even sent the the screen shot of their own website (see photo) to show them the page wasn't updated with any hour/holiday changes.They never responded to that or to answer if the Newfoundland we were interested in was available. I was willing to give them the benefit of the doubt but after reading the online reviews, my own sense interacting with them, and talking to other people, I am so glad we didn't proceed. The whole "event" adoption where people get a number to get first pick, creates a rushed, emotion driven and competitive adoption process. Any rescue that TRULY cares about the wellbeing on their dogs would take more time and care with them. To read how many go to homes very sick, not spayed or neutered is a HUGE red flag. They do seem to be "flipping" puppies for a profit. We will never look here again for a dog to adopt. We talked to some other people who had attended their "events" who had bad experiences. I wrote them saying as much and their response (see attached photo) was SO condescending. THIS should speak VOLUMES to people about this organization. Also - they responded with this jab of saying the "mastiff" we were interested in was adopted. We never inquired about a "mastiff" nor did they have one on their adoption page. We inquired about a "newfoundland." Shows how poorly they engage with people, or pay attention, but how quick they were to be nasty and take zero account for their poor communication or our bringing up their bad reviews.

I couldn't bee more happy with a rescue place!

When I decided that I wanted a puppy I knew that I had to adopt one. There are so many puppies that need a home that will have a much worse outcome then those from a breeder. I spent months looking at different rescue spots that stood by the same morals I had. Although many were serving a great purpose I felt LifelinePuppy was the perfect place. Not only do they mostly rescue puppies, they don't have them fixed. I have heard such mixed reviews about geting the surgery done to soon that I felt most comfortable about getting it done later in the puppies life. They allow you three months after adoption to have the surgery and then refund you $50. What more could you ask for!

I adopted my puppy, Wally, now three months ago and he is more than I could ask for. He has had hardly any problems ( besides the occasional puppy illness from other dogs) and is the smartest pup. He has learned so many comands and is the most loyal dog.

I couldn't ask for a better outcome and would come here everytime to get a puppy.

There is no better place to get a mix breed puppy! I have adopted 2 of the 4 dogs I have ever had from Lifeline. I am so impressed with the puppies, staff and the work they do I started to volunteer and still do after 3 years! I have gone along on trips to the shelters in New Mexico. I have seen 1st hand the large numbers of "unaltered" stray and abandoned dogs in the rural areas. That explains the number of young puppies they have. The work Lifeline does is amazing! When local people call to surrender puppies. Lifeline will only take them if the mothers owner let Lifeline bring the mother in to be spayed at Lifeline's expense! Lifeline's goal is to not be needed, a world where all puppies have a home BEFORE they are born.

We have adopted three dogs from LifeLine.

There have been complaints on here (rat poison, specifically) about the puppies not being properly cared for. This rescue drives to multiple shelters in multiple states to rescue puppies that would otherwise be put down. One of our dogs is from Alamosa, and two are from New Mexico (Los Lumos and one from Farmington). Most puppies don't arrive at the shelter until the week they are put up for adoption. There is a good chance the dog that suffered from rat poison was poisoned at which ever place he came from before getting to LifeLine.

We lost one of our dogs (to no fault of the shelter) when she was two to kidney disease.

Our most recent puppy (Lucius) did have parvo when we brought him home. I contacted the rescue and they checked his littermates/kennel mates and notified those who brought puppies home. Parvo (and parvo vaccines and diagnosis) and hit and miss... we were lucky enough that our little guy pulled through. We were also grateful for the free pet insurance (up to $500) that came with the adoption. We had to pay relatively little out of pocket.

As to the conditions of the rescue. We have only ever adopted from this rescue in the winter (two puppies in December, one in January). It has been cold when we've been up there, and the puppies are outside, but there are heaters, food, water and houses available to the puppies. The chainlink is covered on the top and on the sides with blankets and tarp to keep the wind out.

We went to several shelters before we settled on this one.

The staff is very helpful and in our experience the puppies are very happy, and much better off.

8/3/10, This past May my family and I went to the LifeLine Puppy Rescue to look at the puppies. We immediately fell in love with a little male Yellow Labradore/Shar-Pei mix we named Dutch and a little female Dobberman mix we named Bliss. It was a wonderful experience for all of us, especially for my 2 year old daughter. The staff was incredibly helpful, knowledgeable, kind and great with the puppies. Our puppies are strong, healthy, and full of energy and they have been since the day we brought them home. They were already well socialized, well taken care of and healthy when we first met them. I cannot complain about single thing about our experience with LifeLine Puppy Rescue. Our life is pretty crazy now with two young pups, but we couldn't imagine life without them and I would like to thank this wonderful Rescue for the wonderful gifts they have given us!