We go the extra mile so you can too.

General Info
Pellman's Automotive is a family owned automotive repair shop located near Foothills and Pearl Street in Boulder, CO. Our AAA approved facility provides full service repair and maintenance on Domestic & Imported cars, trucks, SUV's & hybrids. Whether your vehicle needs preventive maintenance or the repair of an unexpected problem, our A.S.E. Certified technicians are here to help. At Pellman's, we work especially hard to go above and beyond in everything we do, giving you the best information, the highest-quality work, and the best overall experience possible. We want to be your one-stop auto repair and maintenance center. Visit us for your next service. We know we can earn your trust!
BBB Rating
A+
BBB Rating and Accreditation information may be delayed up to a week.
Hours
Regular Hours
Services/Products
Pellman's Automotive Service provides auto repair and maintenance on all import and domestic, cars, trucks, SUVs, and hybrids.
Brands
Payment method
amex, check, discover, insurance, master card, visa
Amenities
Accreditation 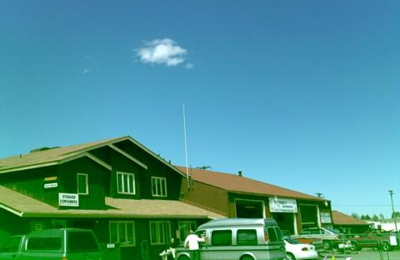 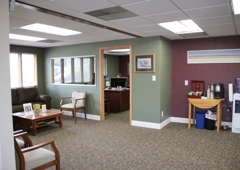 I love Pellman's! The staff is wonderful. They are always up front with you about what repair costs are going to be, no surprises. They provide you with a detailed report of your car's needs, with pictures. Repair costs are very reasonable and they offer a Triple A discount. No pressure from staff to get costly repairs done. And they have a shuttle service. Fantastic!

I find Pellmans super helpful and I trust them completely to give me the straight up facts on my car. They tell me what needs to be done now and what can wait.

New to Boulder, I was in the unfortunate situation where I needed work on my car's suspension and didn't know where to turn. Seeing all the favorable reviews for Pellman's I came here. I was initially impressed with the effort taken to educate me on the issue and the approach Pellman's suggested and authorized the work.

A service manager then called on Monday (not Friday as had been promised) to inform me that although the authorized repair fixed the alignment, there remained a wheel imbalance (hub + bearing, bent rim). This was determined after a road test (noise and steering wheel seizing at about 50 mph) according to his voice mail.

Long story longer, several dialogs and inconsistencies later, I decide to get a second opinion of the purported wheel ""imbalance"". I paid for the repair they had done and drove the car to a shop specializing in German cars. I didn't hear any noise and couldn't detect any steering issues - but then I'm no expert. Second shop puts tire on a tire balance - result is minor wobbling but all wheels wobble, verdict is no rim repair necessary. They next use a dial indicator to test the hub + bearing - again variation was within tolerance. Again, verdict is no hub/bearing repair necessary. Three technicians independently corroborate. Final road test - tech opens car up - no steering issues, no noise, no nothing. They assure me if the car needed work done, they would recommend it - it's in their interest to make money after all.

I dodged a $1600 bullet of unnecessary work recommended by Pellman's.

I've been taking my car to Pellman's Automotive for a long time. The essential reason I take my car there is because I trust them to treat me and my car as they would themselves. Too many shops look for ways to sell you more, invent problems, etc... They'll almost always tell you what's going on, what the risks are and give you the information to help make an informed decision. They've worked on all models of cars from 1968 clunkers to 2009 Subarus and all in-between. The service is awesome - they really make you feel at home, make sure you get where you need to go. Top notch!

I love this place! I actually look forward to getting my oil changed. Due to the friendly comfortable atmosphere, their spot on diagnosis of my car and thoughtful options for service, the stereotypical drudgery of car care is not a part of the Pellman's Auto experience.

I have been a loyal customer for many years - and it's great having an auto repair shop where you can trust their diagnosis.

I would highly recommend Pellmans. They are always helpful and the service is excellent. In my experience, the costs for repairs is lower than other automotive repair shops. To get a good mechanic and good prices in one shop is a rarity in Boulder and Pellmans has found a way to give their customers both.