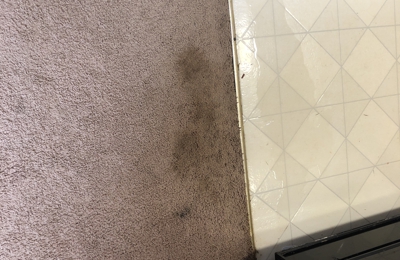 if I could leave 0 stars I would ,,,,,the good reviews you see I'm sure they were never tenants of sunburst p , or they are paid reviews as all my neighbors had the same to say about maintaince issues and wayne and Emily wayne and emily are very rude and unprofessional !!!! lairs , scandal ! and blackmale occurred when I put up bad review while I was still living there in there duplex ! and charging me for moving out on lease terms 3000,00 ! claiming I didn't pay rent for months when I did ! after I moved out bought a house so the review goes back up ! will never rent again promises to fix things before I moved in never happened ! 4 years let me remind you ! after I signed the lease wayne was nothing but rude and would come in when I wasn't home ! said le me in or ill let myself in or get evicted ! same as other review on here mold ! rotten siding falling gutters left hanging to hurt someone for months ! all they did was paint over moldy wood siding finally years later leaky pipes , sinks bad carpet . never fixed bad locks deadbolt wouldn't work on front door baled me cuz frames was rotten , that rot took 20 years to get that bad had 0 to do with me Wayne M . does not care for your safty , your his toy when renting from sunburst , if I see him on the street he might wanna run since hes about 4 ft tall we will see how rude he is then , , wayne M slum lord and a crook is a scam artist I complained every day instead of fixing the crap told me I had 30 days to vacate , lived there four years in a duplex in blue springs , I would never tell anyone to rent from them or him ,,, beware ! now I got a 3000 dollar for stuff they they wouldn't fix blaming me they are trash ! Beware ! rent elsewhere ! pics are of rotten front door frame they woulnt repair to keep my family safe just some of the shotty repairs they did and stuff they wouldn't fix for four years !!!

Have a friend that rents from them. Moved in July. Front door has huge crack going down frame of the hollow door. Deadbolt doesn't work. Bathrrom window is cracked. All reported after moving in July. Cigarette burns all over carpet in basement. Breaker just blew and took out her dryer. She smelled it burning. Called office 3 days ago and they still haven't responded. She also sent email. She has tried to contact emily numerous times with no response. I will be advising her to contact housing authority tuesday when they open again. This company is a joke and I would advise anyone looking to stay away from these slum lords.

My family and I have rented from Sunburst for 6yrs now and they have treated us very very well, whenever we have any issues they are very quick to respond and fix the issue....Wayne the owner has been nothing but very respectful and always willing to work with us. I would highly recommend Sunburst to anyone!

First...I wanted to look at a unit.. called SEVERAL and I mean Several times before I could actually reach someone on the phone. I was set to look at a unit and no one showed nor did they call to let me know they wouldn't be there. When I finally called to be sure they were coming I was sent to a voicemail I called back and asked for help and I was told the leasing agent had a family emergency and I could go view the unit because the door was open (WHAT?) ... I was also told the leasing agent had family emergencies the multiple times I called to inquire about the property. They are VERY unprofessional and I see now why the "for rent" sign is still up. I would NEVER rent from someone who doesn't even care enough to return calls emails or show up to show a property..imagine what kind of service you would get as a resident

Looking to relocate and their office staff was kind and friendly. Leasing agent was quick to help me find a place in Raytown. Place was clean and ready for my move

Very easy to deal with. Maintenance did a good job of painting property as I requested. Some maintenance is slow to be handled but very nice.

Very rarely will you find a positive rating on a property management company, however you will find the negatives frequently from those who have been evicted, or asked to vacate a property due to non-payment, or for different circumstances. I do know that each unit that is management by Sunburst Property is freshly painted or has had touch ups as needed, carpets professionally cleaned, and on occasion for a quick turn around we may give credit to new tenants due to cleaning. Management does have on occasion property inspections that are requested by our owner's to ensure the properties are up and up.

Don't rent through this company, I was originally with Midwest Prop Management and Sunburst bought out their contracts. The owner of Sunburst, Wayne, is rude and if you don't let him do random inspections of the house or if your schedule conflicts when he wants to come over he will just up and try and evict you. My husband told him he didn't want him coming over when it was just me there and he was, "Well you can either let me in, I'll let myself in , or I can evict you." DON'T RENT THROUGH THIS COMPANY!!!