BBB Rating
A
BBB Rating and Accreditation information may be delayed up to a week.
Hours
Regular Hours
Extra Phones 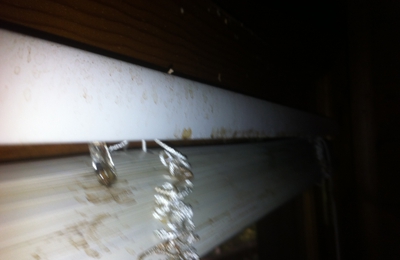 Although the cabin itself was nice enough, the fireplace was broken the entire vacation and the hot tub was not working half of our trip. When you rent a cabin for $600 and drive 11 hours from Florida to spend the weekend there, not having the fireplace and hot tub is extremely disappointing. We looked through tons of cabins and other companies to find the perfect cabin and the hot tub and fireplace were a mandatory part of our search. The company offered $50 back for our troubles but I don't think it was enough. When I wrote back, they never answered my email. Next year we are going to use a different company.

RUN!! Bad business, poor maintenance and disgusting conditions. Filthy cabins (possible health hazard), broken appliances and owner takes no accountability. We take multiple trips to Blue Ridge each year and love coming back. This year was a different story. Since our usual cabin rental was off the market, we made the mistake of using this company. We were a little deflated when we arrived, because the place looked pretty shabby. But it was dark and we decided to unpack and make the best of it since we were there to celebrate a birthday. When we tried to use the broken coffee maker the next morning and found a stove that had to be lit with a match, that was bad enough, but when the sun came up we saw how truly filthy the cabin was. When we called, the customer service people were apologetic and respectful, but the final decision, we were told, was for the owner to make. The owner, Teresa, showed little interest in resolving the problems and went as far as to imply we made it all up, claiming her daughter had cleaned our cabin and she had personally inspected it. You be the judge (see pics...Teresa refused to look at them). All we wanted was minimal hospitality...to be relocated to a clean unit or to get our money back. Even an simple acknowledgement, apology and cleaning crew would have satisfied us. They offered us money back ONLY for the nights we did not stay, but not for the fees or night spent in dust, mold, cob webs, grease, and damp musty linens. This owner has no business in the hospitality industry. Similar to the review below, we have disputed all charges.

Teresa, the (Owner/ Manger ? )was extremely rude and unbusiness like. We arrived at the cabin on Sat evening, at bedtime we took a comforter from the closet and found it to be full of white dog hair. The next morning dogs hair ( this time it was black dogs hair) from the bathroom rug stuck to my wet feet upon getting out of the shower. at that time I proceded to vacumne all the rugs.When we reported the incidents to Teresa on Monday she stated that we should have called the emergency # on Sunday, I did not think dogs hair constuted an emergency, After much ( somewhat heated) discussion she instructed the receptionist to return our cleaning deposit, stating ( to the whole office) that the receptionist was the one who cleaned the cabin and that it would come out of her money. the girl wrote us a check but was in tears while doing so. About 15 min later I received a call from Teresa stating that there was just a small amt of Dogs hair in the comforter and if I felt comfortable taking that young girls money she hoped I could live with myself and that she was going to put us on her no rent list.
At that time I noticed that the check was a personal check from the receptionist. I felt terrible that a reasonable solution could not be reached with Teresa.. My husband and I discussed it and came up with what we thought an amicable solution, that I would present to the young woman the following day upon checkout.
Unfortunitly we were not given the opportunity to do so. The receptionist was on the phone when we arrived so as we were waiting to speak to her. Teresa came down the stairs and asked for the key and stated that whatever we had to say to the receptionist could be said to her. The calmer I stayed and repeated my request the more angry she became. She proceeded to call me a ""bald faced liar"" and stated that we were blackballed from ever renting again, & would not receive any money back. She ordered us out of the office repeately and was screaming at her office staff to call the police.
The Blue Ridge area is beautiful, don't miss it but you would be well advised to stay away from TERESA at Mountain Laurel Rentals
.

Owner Teresa is very disrespectful and unprofessional. Upon check out, they placed a $500 hold on my credit card for damages we were accused of. They had no right to hold such charge, as it was not written anywhere in the rental agreement. Damages were for a ladder for a bunk bed, which was already broken when we checked in. I was charged $85 to simply "repair" the existing ladder, and when I asked for a receipt to prove the repairs (seemed pretty steep to me), it was not until three requests and five days later that they got back to me. The receipt was an unofficial document they produced themselves. She also tried to charge me for wood that was never even there in the first place. Basically, they feel they have the right to charge you for anything, so if you're going to stay here make sure you look over every nook and cranny. Or better yet, save yourself the anguish and stay somewhere else.

This customer was charged for a bunk bed ladder that was broken upon her departure. She was given in Invoice from our company as our maintenance man repaired the ladder. The repair was not a &quot;simple&quot; repair as the wooden ladder was broken into many pieces. The ladder was rebuilt and repainted to match the bunk beds. She did dispute the charge with her credit card company, however the monies was returned to Mountain Laurel Cabin Rentals as we had the required documentation.I do not feel that I disrespected this customer in the least, we just held her responsible for the ladder broken by herself or someone in her party. Per telephone conservation with customer, she stated that she was aware of the broken ladder but did not report it to the management office.

This listing has been claimed by a business representative.
Helpful(1)ShareFlag