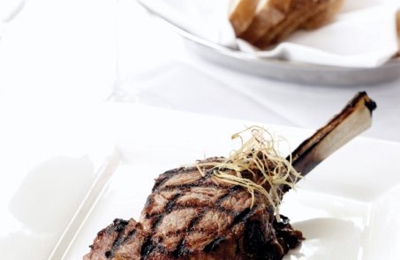 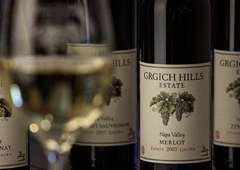 Services/Products
Whether you want to host an intimate dinner for your family and friends, plan a memorable shower or reception, or are simply looking for a distinctive backdrop for your annual company event, Big Rock Chop House can help you celebrate any occasion in style. Featuring four vivid and picturesque settings - the Boulder Wine Cellar, Got Rocks Ultra Lounge, The Cascade Room and the Stone Terrace - Big Rock Chop House can customize gatherings for 15 - 400 guests. Big Rock Chop House has recently launched its new off-site catering division, bringing only the best in food and personalized attention to any-sized event, at any location. For more information, contact Jason Peltier at (248) 647-7774 or by email at jpeltier@bigrockchophouse.com. PRICE RANGE Big Rock Chop House Has Something for Everyone
Payment method
mastercard, visa, all major credit cards, discover, amex
Price Range
$$$
Location
Located in the Historic Birmingham Train Station, East of Woodward, on the Corner of Maple & Eton. The Restaurant's address is 245 South Eton
Neighborhood
Birmingham
Other Link

Over priced and under serviced. Never eat here.

This place gets very busy but its worth the wait!

Joe Zago, our sales rep from The Carpet Guys LLC, recommended we go to Big Rock for our anniversary dinner and we were so happy we took his advice. Our server Lilly was incredible and the food was out of this world. Thank you!

Big Rock is a great restaurant and bar. It can get busy, but definitely worth a wait. They have a huge selection of unique beers and the food is delish!! Definitely try!!

I recently planned and hosted a bachelorette party with a bunch of my girlfriends at Big Rock Chophouse. We wanted to go someplace where we could drink wine and have a relaxing dinner. The staff was so great to work with! We booked the room downstairs and had a ton of privacy.

The event planner at Big Rock even helped us pick out a customized menu for dinner where we could pair each course with a different wine. It was so much fun. Our waiter was awesome!!! He made sure everyone enjoyed themselves and left a lasting impression on us all. Everyone in our group was very happy with the event and we are talking about making it an annual dinner for just the ""girls"" every year!!!

Even though the restaurant was packed that night, we felt as if we were the only group there. Thanks Big Rock!

Helpful(0)Flag
Tales from the Truth

I will never dine at Big Rock Chop House EVER again. My friends and I made two reservations for a large party (both reservations in my name). Earlier in the day I received a message on my voicemail asking me to call and confirm which reservation I wanted to keep. I called and spoke with a gentleman and informed him that I would like to keep both reservations and asked if he could combine the two to one large party. The gentleman stated that combining the reservations would not be a problem. When I arrived at the restaurant the hostess informed me that she only had one reservation and could not accomodate such a large party. She stated they tried to confirm with me and there were no working numbers. I informed her that I spoke with a man, the young man there said ""well it wasn't me and I'm the only guy here."" The hostess continued to tell me that I did not confirm the reservations. She called the general manager of all the Big Rocks (a lady). The general manager never came to speak with me or anyone in my party, I heard her telling the hostess ""there's nothing I can do for them."" She looked at me and walked away, never came to ask me what the problem was neither did she work to resolve it. The reservation was for 7:30 so after going back and forth with the staff I was finally able to pull up my reservation on my phone, the hostess then said she had to get a manager because she didn't see the reservation in the system. She then asked ""well, what was the reason you made two reservations?"" As if the mix up were my fault and implying I shouldn't have made two reservations (is there some sort of law against multiple reservations). Another manager (a man) came and stated the mix up was actually his fault. He stated that I did call and confirm and I spoke with someone by the name of Drew, however, Drew failed to inform him so when he saw two reservations he thought it was a duplicate and deleted one of the reservations. He stated that he would work to accommodate my party (no one ever apologied). Originally we were a party of 20 for 7:30, we did not get seated until after 9:30 and as a result most of my guest left due to the horrible way we were being treated and ignored. I would have taken my party elsewhere, however, some of my guest stated that they would be arriving late and I didn't want them to arrive at the restaurant if we were not going to be there. The manager stated he would make sure we ""had a good time"" and he would ""take care of us/accommodate us"" however, he did nothing; no percentage off the bill, no free appetizers, nothing. We still tipped our waitress generously as it was not her fault but I left very upset as the 25th birthday I planned for my friend was ruined as half of the guest left and we were not able to attend the comedy show we planned on attending because we were at the restaurant so long. The staff never apologied neither did they make any efforts to compensate my party. I work for an organization where customer service is a way of life. I believe that if you take care of your customers and employees first, profits will follow. I make sure to tell everyone I know NOT to dine at Big Rock and so do the others who were in my party. I was going to host my friends engagement dinner there, however, we have changed our venue to Ruth Chris where both the food and service are much better. My experience at Big Rock was horrible at best.

Had a lot of fun upstairs listening to music and chatting with my date!!

I absolutely hate restaurants that have total valet parking and no self parking and then call the $4 charge a 'service charge'. That's so you can still tip on top of that exhorbitant fee. Valet parking is not needed in a country where everyone is fat...we can all certainly use the exercise. The guy probably drove my car a grand total of 50 feet.

We complained about the salad ($13 with no meat, fish or poultry on it) with warm bacon dressing and the fact that the dressing was congealed. The waiter just said gosh he usually gets good reviews on it and it appeared on our bill despite our disatisfaction with it. The high prices are out of line..you don't even get a vegetable or starch with your $30-$40 plus meal..only the lone fish or meat on your plate. They charged $11 for a side of asparagus with cheese!

I tried to make small talk to the bartender before our dinner and he didn't even reply to my attempt at conversation. He's been there for years, which I commented on, thinking he'd be pleased that I remembered him. No such luck and no reply nor smile.

The food is excellent if you like steak or seafood. My husband and I had our second date there.We still have fond memories of our experince there. The food and service is great! The atmosphere magnificent!

I have dined at this restaurant may times. The food is excellent and great embiance.

Terrible dining experience. I went to this restaurant for my 2nd year anniversary with my girl friend. The google.maps directions were confusing, and so I called the restaurant as we were within about 5 miles. The hostess told us to travel in the wrong direction, which we finally realized after about 15 minutes. We recalled the restaurant, and another host gave us more incorrect directions that delayed us for another 45 minutes. We finally arrived after calling a 3rd time and talking to the manager. Upon arriving at the restaurant, the valet parking worker was especially rude, and made me park on some side street as he was busy with other guests. He did not even offer his valet service, and snidely inquired whether or not we had ""rezzies,"" which I assume meant reservations. The food was mediocre at best for the exorbitant prices, as the$30+ entrees did not even come with complementary salads. The inattentive staff took away the elegance of the dining experience I had hoped for. Overall, this was one of the worse dining experiences I have had, at a steep price. On the bright side, the building itself had a beautiful interior, but this sight alone was not worth the $100+ bill for two.

Took the wife there for a nice night out. I didn't expect this place to be as good as it was. We had drinks at the bar because we arrived earlier than our reservation. The bartender was very attentive and mixed a good drink. Dinner was spectacular. I order the NY strip and got it exactly as I ordered. My wife had the Lobster tail and fillet. They were both cooked to perfection and the fillet melted in your mouth. For dessert, I tried the port wine, aged 60 years. It was phenominal. Their wine and scotch selection is very good. Pricey, but you gotta see what your getting. It's all top shelf indulgence there. I would definitely recommend this restaurant to others.

New to the neighborhood and read the reviews; dont believe them. Dined out twice in the last ten days and had a great time both visits. Sat on the patio one evening listening to the live music. Wonderful!! Sat inside the second time and just as good. The food was wonderful, service was pretty darn good and inquired as to the ""smell"" to learn that is what happens when you brew your own beer. AAhhh the beer....you need to try the beer. Great time.

This place is sooo overpriced. Service is horrible, steaks are second rate, potatoes are dry. And... it smells funny. I will never go back to this place. I was there before a Pistons game on Tuesday night and the order was completely screwed up and I was late for the game. When I asked to see the manager she couldn't resolve the problem and was very rude, so we paid our check and vowed never to come back. This place used to be pretty good, but all of the good staff is gone. I guess they can't take care of them either.