Midfield Dental Center has not yet specified accepted insurance plans.

Midfield Dental Center has not yet specified any specialties.

Midfield Dental has a team of experienced doctors who are committed to providing the very best dental care, serving the Birmingham, Alabama area for over 40 years. 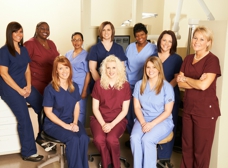 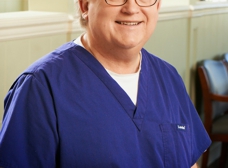 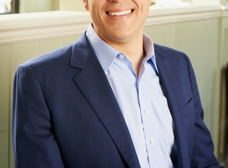 Been going there for about 20 years. Always courteous and professional when taking care of my Dental needs.

Doctors are nice and professional, but office staff is not! Will not return calls and can be out right rude!
Quick to take money slow to give any back.

This place was the worst dental office that I had ever been to.Customer service is horrible they tell you one price and when service is done the price increases alot. Wouldn't recommend this place to anyone ever.

i just wanted to say victor szymela md dmd he's great . I went to two other dentist before I saw him . I had a fine fracture on one of my upper teeth and it didn't show up on x-rays and must have been hard to see. i am so grateful he pulled the fractured tooth after my gum heals i know I'm going to feel better. its going to feel great not to have a toothache .

I first come to this dental center about 10 years ago and I had the worst experience of my life. I should have known better than to go back and give it another chance the other day. The first time I went 1n 2001, the dentist who is no longer there was rude and rushed the whole time. I was there to get a crown on a front tooth and when he tried to take the temporary one off, he pulled so hard that it went flying across the room. He simply looked at the assistant, laughed, and said "Oops, that's not good." as if it were funny. It also broke my original tooth and I had problems for years keeping the permanent crown on. Now recently, I went to have a tooth pulled and when the dentist began the procedure, I could feel everything. He supposedly numbed me up but I definitely could not tell. The pain was excruciating and he didn't seem to care about being too rough. I was in tears and told him I thought I needed to be numbed up again but he replied" he was almost done." My gums hurt for several days after this and I am now terrified of going to the dentist. It is a person's worst nightmare not to mention the place and tools look dirty and the office manager is rude and unprofessional. Thanks Midfield Dental!

I found the service to be reasonably fast. The dentist was accomadating and very proffessional, fitting me in when I did not have an appointment. Though the front office staff was very busy on the phones it appeared that it was simply because they are a very popular clinic. Overall, I would say that I had a very positive experience and would recommend this to anyone needing dental care - immediate or otherwise.

One of the ladies at the front desk was on the phone when I arrived. I stood there in front of her for at least 5 minutes while she kept talking. She finally hung up 2 minutes after another young lady asked her to hang up the phone. There was another person behind me but no one in front. The actual dentist was great but his assistants need help. Also if you need surgery they can't schedule you except for specific days. They couldn't schedule me for surgery until 2 weeks after I had my teeth looked at. I went to another dentist office the next day because I was in too much pain and he said that it was good that I had it removed that day because Bad customer service at Midfield dental.