General Info
Super Supplements in Bellevue, WA is part of The Vitamin Shoppe family, which has over 700 stores throughout the United States and Puerto Rico. However, success for us is not measured by how many stores we open. Success for us means providing a fulfilling customer experience to each person who shops in our store.
Hours
Regular Hours
Extra Phones 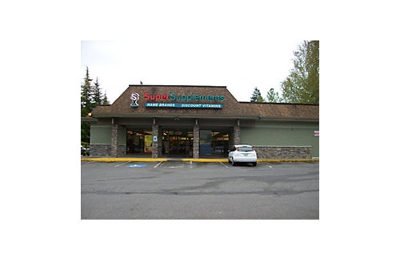 It is hard to believe with the ratings below that we all shop in the same store. I have been shopping with the Bellevue Super Supplements for the past year and have never had any of these same experiences. I find the staff very friendly, attentive and caring and I can almost always find what I am looking for and if I can't they make every effort to get it for me. I love the Bellevue Super Supplements and they will continue to have my business. I tell everyone how great I think they are.

I have been visiting this Super Supplements for a couple of years. I had seen a drop in quality of service and overall product in stock...But WOW have I seen change for the better. I believe the store has a new manager and several new employees. The energy and service has improved in a big way. The shelves seem to be more full and the last couple of visits I have found all the items I went in for. Its great to see the improvements because I really like this company and this store. The knowledge the employees have is far beyond any other store of its type and the selection of product is wonderful!! Glad to see they are back in good form!

I finally stopped going to this company altogether after so many bad experiences. First, don't bother trying to find products here, they are always out of stock. They kept using the ""remodeling"" excuse and that they were trying a new ordering system. I actually came in on a day when it seemed like 20 employees were in the store (what appeared to be the more corporate side of the company) all seeming dumbfounded about the store set-up and ordering, yet they left what seemed like one cashier to run the store and ignoring fellow customers clearly looking for additional help with it nowhere to be found. Throughout the course of this unpleasant experience, I also witnessed what I'm guessing was a female manager and her boss, criticizing the lone employee about her explanation she gave about a product in a rude and patronizing fashion. Maybe that's why they can't keep anyone of quality on staff, I certainly wouldn't put up with that. How many suits does it take to fix this stores ordering problem-tbd. While I have had a couple of young women in the past who were helpful, neither of them are there anymore and the turnover of employees is insane-a new face everytime I would come in, which makes me wonder about a company who can't staff/keep good employees in this economy. The final straw while I will NEVER shop at any Super Supplements came after a King 5 news special about how the company snubbed a women who worked with autistic children out of a promised donation of $400 due to her inadaquate non-profit status. You would've thought that a company would make right on their mistake and quietly award her the money from their own pockets, but god forbid they might miss that tax write off, it took ""Get Jesse"" for them to make right on their mistake. If that isn't telling of a company's values, I don't know what is. There are still a number of great local vitamin shops on the Eastside and Seattle-the kind of store Super Supplements USED to be. I would much rather pay a buck or two more to help a company more focused on their customer than making $$$, cutting corners, expansion and ineffectively stocking products than go to Super Supplements.

As someone mentioned, it is hard to find someone to wait on you here. Not all the products are on the shelves so I usually have to ask for them to look in the storage room for more. It takes some work to find your way around because of the way the store is layed out but once I find the productgs, its usually good quality. Particularly their protein shakes and vitamin drinks. Price is competitive. Normally I order on-line but occasionally go to the retail store.

need to find a closest vitamins store, and bellevue was the closest

Over the years have had good customer service, recently I have seen a disturbing trend develop. I too have noticed the "attitudes" between the manager and the gentleman who must be her husband. I recently was treated very unprofessionally. The tension between the couple is very bad.

The staff (young girl) seems preoccupied and "has better things to do" attitude. Service has taken a turn for the worse, never have I been greeted upon entering the store, common courtesy goes along way.

I will never again do business with the Bellevue Super Supplements.