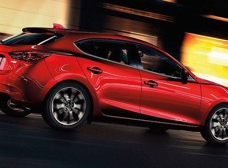 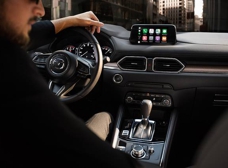 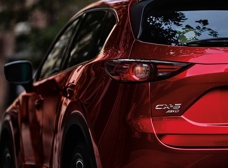 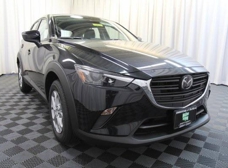 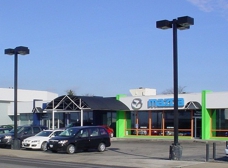 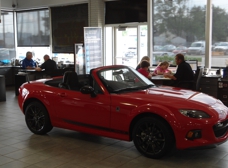 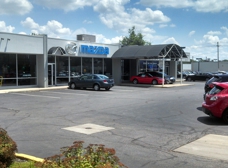 I am not from the Bedford area and I was visiting an area about 25 miles away when I experienced some issues with my Saab. I located this dealership, spoke with Tom and he worked me in on a Saturday. The estimate was extremely reasonable and the problem was diagnosed in about an hour. They even washed my car (to the point she looked nearly brand new) and fixed an issue with the automatic passenger window, at no charge. I spent a little over an hour there, under $70 for excellent service and left a very happy customer. If I lived closer than 150 miles away, I would definitely use this center to take care of my Saab!

This dealership, while it has good reviews, it also has bad reviews. Unfortunately I must give it a bad review. I will tell you that I did buy a car from this dealership and I love the car I bought. The problem was more with the customer service after I left with my vehicle. Let the buyer beware. If you are buying a used car from this dealership make sure you go over the car in detail. Here is my story.... I went to this dealership in February because they advertised a vehicle I wanted... a 2012 Jeep wrangler. The car was everything I was looking for so I took it for a test drive and liked what I saw. The few defects I found were dismissed by the salesman as normal used car issues and I bought it, and also bought the car. Then about a week later when I went to pick up the vehicle, I saw a big chip on the hood about a quarter inch in diameter. I hadn't seen that when I took the test drive and I mentioned it to the salesman. He again dismissed it as a normal used car issue and that they didn't want to try and fix it because the color could be mismatched. Again I bought it. However, as I drove away I noticed a few small chips on the windshield. As it was raining and dark outside and it was outside my field of vision, I didn't think much about it until the next day when the sun was shining and I noticed that one of the chips was actually a small crack. I called the dealership and was told to stop by and they would look at it. So the next day, I live over 60 miles away, I stopped by and talked to the used car manager who said "no problem, we'll take care of it". I then had to wait another week until the "windshield" guy was there and he looked at it and put some glue on it and said it was ok. Now mind you that it still has about a half inch spider crack and is very annoying on a sunny day. So I called the manager again and he basically said they would not do anything more and I was lucky to get the deal I got. I thought, "what an attitude". Not happy with his response I tried to get in touch with the General Manager who to this day has refused to get back to me. I have to assume that he doesn't care anymore then his salesman and managers do. I will now take care of this issue myself and say good riddance to this dealership. They seem to take no responsibility for any issue you might have and I am sure they were well aware of this before I drove off and they failed to disclose it to me. Any place that is that deceitful doesn't deserve my repeat business or a good recommendation from me. So the moral of this story is....... don't buy a used car from this dealership........ If you do be very....very ....careful... good luck!

I bought a used car form Mazda of Bedford and it is a great car. I had a small budget to wok with and they made me a very happy customer.

Horrible dealership, we bought a used SUV from this place when we were sugning the papers they said they would handle the plate transfer for us, only to get a letter in the mail a month later stating that they were unable to do complete the transfer which means we were driving with illealge plate for a month. At the DMV they told us theres no reason why they couldnt of done transfer. Then we were driving it home from the dealer and realized our A.C. wasnt charged and they would not charge it for us because it had a leak in the line. Few days later our gage cluster went called them and again they would not help us. I think if they new the a.c. was bad they knew the gage cluster was bad and just used a quick fix so they wouldnt have to spend 500 bucks fixing it.I will NEVER go back to this place and I wish we would of never walked in there.

Purchased a used vehicle, Montero Sport to be exact. Picked the car up, no gas in the car, dirty interior, radio did not work since you needed a code, and missing key iginition for the other set of keys. Contacted the Manager, didnt care about my issues. Didnt think it was a big deal. Car came home, My husband noticed that struts where broken, called them brought back in. They said that the shocks and struts were fine prob need a alignment however at my cost. Told me the car is priced to sell and they are not fixing anything at there cost. That if I wanted the car with all these items fixed the car would have been more and I wouldnt be able to afford this. How would they know what I can afford? I think they are doing bad business and offer AWFUL customer service!!...MY $6000 car is just as important as a $20000 new vehicle. I would not recommend this dealership to NO ONE!.