General Info
To have a job done right, you call in the experts. At Stevenson Service Experts Heating & Air Conditioning in Dayton, we're passionate about performing quality HVAC repairs and installations. We even put it in writing. Our 100% Satisfaction Guarantee demonstrates our commitment to upholding the highest level of heating and air conditioning services in the industry. With 24/7/365 Emergency Plumbing Service available from Stevenson, plumbing problems don't have to be a headache. When you have help from our professionals you can rest assured that any plumbing problem you have will be fixed fully. Stevenson Service Experts in Dayton will take care of everything needed to ensure your home's comfort. Whether your air conditioner or furnace breaks at the time you need it most or you're in search of indoor air quality solutions that meet the highest EPA and ENERGY STAR standards, you can rely on our Dayton team. We're experts in heating, cooling, and plumbing - superior service is what we do best.
Hours
Regular HoursOpen 24 Hours
Extra Phones 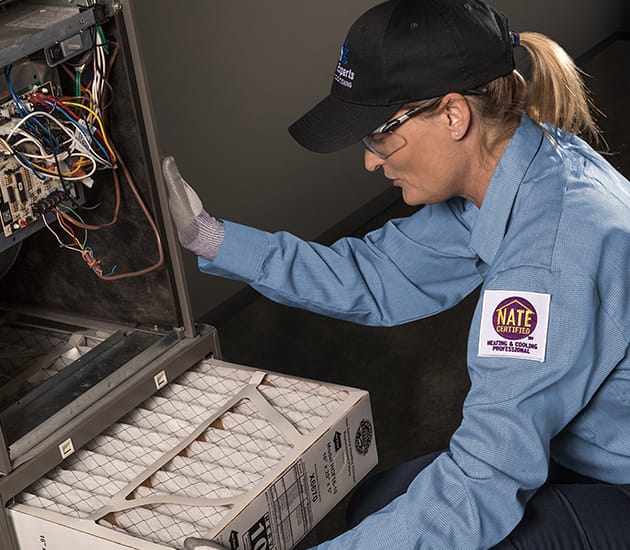 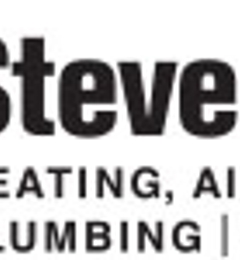 On October 27, 2017 Gary Zigmann, a Stevenson Service Expert, performed an annual check on my Lennox home furnace. He was polite, courteous, informative, and expertly accomplished the task at hand. He installed a new filter, a new UV light and verified that my furnace was operating efficiently. He asked if I had any issues or problems with the operation of my furnace and carefully listened to my response which was 99% positive feedback. I was completely satisfied with the annual inspection of my furnace and impressed with the competence and knowledge of Gary Zigmann. I would highly recommend this technician and the company he represents.

I have had a furnace and air conditioner installed in the last 5 years. I would like to have someone from your company contact me regarding some problems, I have left numerous messages with no response. I will be needing some additional service but with the kind of response I have gotten I will probably go elsewhere for this service.

I called Stevenson out in the middle of the night after my AC went out in 100 degree heat. They said it would be $80 for the call, but I had a $30 coupon. The tech checked the AC unit and after less than 5 minutes told me it had a bad capacitor. He said he had one out in the truck, but it was $376 total. That means the part would be $326 when you subtract the $50 service call. Well, I told him I only had a little over $300 and I couldn't pay that much. He messed around with his phone and papers for a minute and then told me he could do it for $306 total. That means the part would then cost $256. Since I could now afford the repair, I had no other choice but to either suffer in the extreme heat the next morning and leave my animals in the house to possibly overheat and die, or pay for the repair. It took him literally less than 5 minutes to install the part, and the AC was working again.

The only problem I had with this was discovering that I had literally just been robbed. I took the old capacitor into the house and searched for it on Google. I found that at least 20+ places had this same capacitor for $25 and shipping was less than $10 on all of them. Yes they were brand new parts.

I became livid that this place charged me TEN TIMES the cost of the part, basically taking advantage of me because of the situation I was in. Yes, I was given a discount but this call should have been $150 tops. I wouldn't mind being charged two or even three times what the part costs because I understand they have to make a profit, but TEN TIMES?

After that, I started receiving phone calls from Stevenson and guess what? They wanted MORE money!! They wanted me to sign up for their maintenance plan for over $30 a month. I told the girl on the phone to stop calling me about that unless they decided they wanted to do something about the fact that I was charged $256 for a $25 part. Then she was quick to get off the phone.

A few days later, another call. This time it was offering a $69 furnace check for the upcoming Fall/Winter seasons. Again, I told the girl to take me off their calling list because I was so disgusted with them for ripping me off that I would never call them for anything else again. I told her that it would be nice if a supervisor or someone would address the issue. She said she would have one call me back, and guess what? They never did.

The tech was friendly and knew what he was doing, and he got my AC working again. For that, I am thankful. However, charging $256 for a $25 part is something that I'm not willing to swallow. I will never use this company again until they address this problem, and I will be posting this review online everywhere, so that other customers know what to watch for and don't get ripped off.