General Info
Chuck Steven Automotive is your local auto dealer with a great selection of new and pre-owned vehicles from Chevrolet. Our sales staff has years of experience and is committed to helping our customers find the right vehicle. Browse our inventory online or visit us today for a test drive.
Hours
Regular Hours
Brands
Chevrolet
Payment method
financing available
Other Link 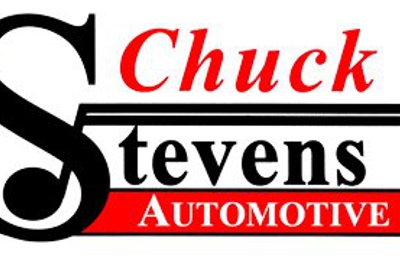 The most unethical company you will find.

These guys sold us a var with a bad engine. Will not stand behind what they sell. Buyer beware!

Be very leery of these guys!! They were trying to give me no money for my trade and say that they were giving me $8000.00. They also tried to pocket the rebates that came with the truck by saying that because of my less than perfect credit they were unable to give me those rebates because they were giving me such a good interest rate. Rebates are incentives from the company and have absolutely nothing to do with financing!! All in all I would have paid $43500.00 for a $27000.00 truck. Nice try guys!! I'm a little but smarted than that!! I hope everyone pays closer attention to the numbers. Don't sign anything unless you see the numbers they told you in writing. I would never purchase anything from these crooks!! Mike, the finance manager, acted like he was doing us a favor by screwing us over. He also said he would be unable to do my deal unless it happened that day. I was never shown numbers on paper. It was actually funny to see them dance in circles as they tried to answer my questions.