General Info
Jensen Plumbing Service offers a wide variety of services at competitive prices. We specialize in residential services ranging from unclogging a toilet to installing a new shower. We are experts in vintage & antique fixtures as well as classic Baltimore City Plumbing. Satisfaction is our Guarantee! Call us 410-467-1813
BBB Rating
A+
BBB Rating and Accreditation information may be delayed up to a week.
Hours
Regular Hours
Services/Products

Services: Plumbing, Bathroom & Kitchen Remodeling and everything else ! 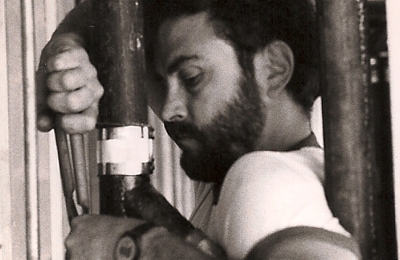 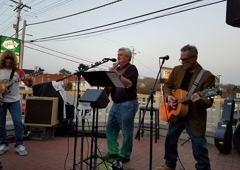 For all of those looking for a good plumber in Baltimore, Jensen Plumbing is NOT your answer. Do not use this man!
Jensen Plumbing:
- Over charged
- Caused more problems than what initially existed
- Did not solve the VERY SIMPLE plumbing problem that existed
- Left a mess behind his visit
- Took advantage of my lack of plumbing knowledge
- Insulted me and cursed on the phone on the phone
Find another plumber!

This is the third time we've used Jensen Plumbing Service.

We really like them, because they provide prompt, reliable, and fairly-priced service.

Mr. Jensen makes every effort to reply to service requests quickly. His service is thorough - very important when working with gas! Also, he has always left our home in clean, tip-top shape. We will use him again and again.

These guys were totally unprofessional. They left the house much worse than when they came. As soon as they left, I noticed that now the toilet was leaking into the kitchen, as was the bathroom sink. The bathtub was also leaking, and two of the pipes they'd just installed in the basement were leaking. They didn't return my calls about this until the next day.

When they did return the next day, they were very grumpy and denied that the leaks had anything to do with what they'd done. Their arguments were that the leaks from the bathroom were &quot;pre-existing&quot;-- which maybe they were, but THAT WAS WHY I CALLED THEM IN THE FIRST PLACE-- BECAUSE I HAD PRE-EXISTING LEAKS. You don't just call a plumber to replace pipes that are fine. So from my perspective, some of the leaks were pre-exisiting, and these guys failed to fix them. However, at least one of the leaks was definitely not pre-exisitng, as it was in a spot where any pre-exisitng leak would have been obvious.

Not only that, they refused to even go into the basement to see the leaks from the pipes they'd just installed. They &quot;tightened some things up&quot; in the bathroom, which made the leaks less severe, but didn't completely fix them. They kept telling me that I &quot;don't understand how plumbing works.&quot; That may be true, but that's why I called a professional plumber. Even without understanding much about plumbing, I do understand that pipes aren't supposed to leak. When I finally got a hold of them on the third day, Chris' response was &quot;how much of a leak are we talking about?&quot; BUT IT SHOULDN'T MATTER. ANY LEAK IS NOT ACCEPTABLE, ESPECIALLY $1,500 LATER. He then told me he was &quot;starting to get pissed off&quot; and wasn't going to &quot;be able to be nice much longer.&quot; Also, one of the holes they drilled into my bathroom's tile floor was too big to be covered by the piece of chrome they put over it, leaving a jagged and unsightly edge in the tile.

I should also add that he whistled at my roommate when she came down the stairs wearing a dress, and asked her if she was going out on a date. This was by far the worst experience I have had with any kind of home repairs. I would caution anyone to stay far away from these guys.

Chris Jensen has been my plumber since I bought my first house in 1986 and acquired some drainage issues along with the the title. He is quite a character and his quirky sense of humor is part of what I enjoy about dealing with Jensen Plumbing Service.

I'm confident in the repairs that he, and his other workers, make and know that he stands behind his repairs and will make something right if I'm not perfectly satisfied.I have occasionally strayed from Jensen Plumbing Services over the last 24 years but always returned to Chris because he shows up when he says he will (and will call if he is going to be late). As someone who has to take off from work to meet service people I can't express how much I appreciate this timeliness.

We have been using Chris as our plumber for over ten years - he has always been professional and courteous. On Friday the 17th of December, when BGE found a leak and turned off our gas (we have gas heat, a gas stove and a gas dryer) we were initially unable to reach Chris and contacted Len The Plumber (LTP). LTP assured us they'd be out on Saturday afternoon - they recontacted us at 4:30 PM to inform us they would not be out on Saturday. Facing a second night without we called Chris again and at about 7 PM on a Saturday he showed up and fixed our leak.

We will continue to use Chris for our plumbing needs - in our opinion, he has well earned his awards.

The two one star reviews are far different from my experience with Jensen Plumbing Service -- in fact, so different that I did a little bit of checking and discovered that one person is behind the negative reviews posted here and elsewhere. Web anonymity is great but not when it allows a single person to create multiple email accounts specifically for the purpose of trashing an honest and respected business person.

As for my experience with Jensen Plumbing -- Mr. Jensen is a great plumber! He does not create unnecessary work and goes out of his way to give first class customer service. He replaced a toilet for me and investigated water pressure issues on one job call, and handled another much more disgusting call (no details please!) with grace and humor. Mr. Jensen was courteous. His customers swear by him (not at him!) and he has been voted Baltimore's Best Plumber in CitiPaper three times including 2010.

Mr. Jensen has earned my loyalty as a customer.

Call Jensen Plumbing. He is a contractor with enthusiasm and integrity. He returned my call on a Sunday. Patiently listened to my problems and concerns then diagnosed the trouble. He explained my options which was appreciated. He saved me MONEY! I know this because I talked to other companies before calling Jensen Plumbing. Thank you Mr Jensen.

Whenever I have a plumbing problem I fear not, because Chris Jensen will make everything all right. Not only does he do great work for reasonable rates, but he's a really nice guy. The other day I had a problem with my garbage disposal. I usually can fix it myself but this time just couldn't get it to work. Instead of paying for a house call (which I was happy to do), Chris talked me through it on the phone. What a guy!

First, Mr. Jensen took my phone call on a Sunday. He provided me his expert opinion on my problem, explaining my options as far as costs go. He didn't just say &quot;you need to make a $600 replacement.&quot; I chose the $600 replacement, but he informed me that there were other, cheaper options. He and his helper arrived on time for our appointment. Chris and his helper cleaned their work area after they were finished and conducted themselves professionally throughout. Chris Jensen is a very polite and gregarious man. He even noticed some issues with my dryer vent and slop sink and fixed them for no extra cost. I hope that I don't have to call them again, but if I ever have plumbing issues of any kind I won't hesitate to call Jensen Plumbing Service!

I've used Jensen Plumbing for a number of years and very much appreciate having someone I can call on for big and small jobs. Chris shows up when he says he will and definitely knows his way around old houses and pipes. Chris recently did some work for me with his customary efficiency and thoroughness and then returned right away to handle a new minor problem at no additional charge!

I've used Jensen for a number of plumbing jobs -- large and small -- over the past ten years. They always show up when they say they will; fix the problem at hand and are keen to make sure customers are satisfied. They are the third plumbing service in Baltimore that I've tried -- and the only one I still use!

I ONLY call Jensen Plumbing when my house needs a plumber. Chris and his crew are always prompt, thorough, reliable, always do excellent work, and leave my place clean and neat, just the way they found it.

I have an older house so having an honest and quality plumber is key.

And, to top it off, Chris is an all-around nice guy!

For many things in life I have a do-it-yourself attitude, but when it comes to my old house - I want things to be done right. Chris was great! He checked in on my water heater and found it didn't need to be replaced just yet. He was also very knowledgeable even if he was just showing off - gotta respect someone who can have some fun at work! So you know who I'm calling when the water heater is ready to go bye-bye ....

He came at the appointment time (a problem with some companies). I wanted to put in several valves. He looked at the job and said it was not necessary. By doing so he saved me $1000. He is a real pro; besides he has a great sence of humor and pleasant to work with.

Yesterday, I met Chris Jensen at my house for some minor maintenance. Not only was he thorough but also very efficient, and he finished the task in under an hour. In addition he gave me very useful advice on other work I was considering in the future. I've used Jensen Plumbing several times in the past (most notably for my kitchen remodel), and he also did an excellent job. Many people in my neighborhood use him, but all of Baltimore should.

Jensen plumbing definitely deserves their Best in Baltimore ranking. I needed a new toilet quickly and they came over the next morning and did a fantastic job. The rates were very reasonable, especially compared to other plumbers in the area. Not only did they replace the toilet they touched up a few other things around the house. I will never use any other plumber, and I suggest that you do the same.

I generally would not even take the time to write a bad review of a service, however Jensen Plumbing is a complete sham. Not only did this man overcharge me for work he never did, he also lied to me and misrepresented his credentials. He is rude, disrespectful and worse, incompetent. I actually called the better business bureau regarding Jensen plumbing and discovered I was apparently not the first to have done so. I strongly urge you to consider looking elsewhere for your plumbing needs.