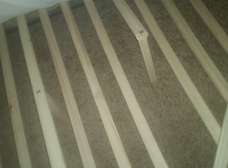 I would like to thanks our sales person Monique she was professional help me out a lot she was courteous and listen to what I wanted I felt no pressure . Thanks again Monique I would do business with you again you are a good employee!

Joesph are sales person from Mor furniture was friendly,courteous, and very patient He did not follow us all around the store like most sales people he was always close by to answer our questions on merchandise or pricing and extremely helpful. We are upgrading our home so we definitely will be coming back to see Joseph in the future. Thank you Joseph and Mor Furniture. Dawson-

Wonderful and very pleasant experience. My salesperson was Leonor Beltran and it was a pleasure to work with her. She was very knowledgeable about every piece of furniture in the building and I even left with a new fruit smoothie recipe. From now on all of my purchases will be at this establishment.

Mor allows, if not encourages, their sales people to lie and mislead customers to make the sale. Then when asked to make it right, they're not very good at it.

We had issues with Mor making promises that are too good to be true. Trusting what they say might not be wise if honesty matters to you.

Sells POOR Quality Merchandise that may be Hazardous to Human Health.

Fails to Communicate to Customers after Reporting Problems POORLY.

Fails to Fairly Remedy even Serious Issues with Merchandise POORLY.

My husband and I purchased a three piece bedroom set from Mor Furniture in Spokane, Washington on or about November 5th, 2015. The bed was delivered on November 7th. We were gone out of town for the most part of November/December and really didn't get to use the bed until Christmas Eve…that's when the bed frame collapsed on my husband. Thank God I was not on the bed. I suffer with SERIOUS back/spine issues. I couldn't reach anyone until December 28th, 2015. I was told a delivery guy could be there soonest, January 2, 2016. The delivery guy came and said you need a "new bed"...the frame cannot hold up the mattress" and this is clearly not operable". The repairman went on to say he would "put in for a new bed"….so I emailed the MOR customer service rep Nashly on January 4 and 5th, because I wanted a paper trail. So, after several failed attempts to get the MOR rep Nashley to communicate to me, I filed a BBB Complaint in San Diego, CA. and then I decided to call the head quarters and I spoke with a Ms. Jill Marone, the Corporate Executive Assistant at the San Diego Head Quarters on January 6th, 2016. As I preceded to tell Ms. Marone that I am a disabled veteran and that I have been without a functioning bed since Christmas Eve and I preceded to tell Ms. Jill Marone about my purchase……GET THIS…. she stopped me and told me: 1st. "how did you even get my number" and "that she has nothing to do with problems and that I needed to speak to the Customer Service manager”. Needless to say it did not matter that I told her that I am disabled and I need my bed...forget I am a veteran and served my country......She she ignored my situation with no regard and After she had problems connecting me to the Supervisor over Customer Service, she just patched me through to a random manager, which she was not able to do so, she put me through to any manager that would pick up. I told her that I filed a BBB and I want this remedied, my money returned so I can get another bed elsewhere, or a new bed and that I'd like to dispell the complaints and speak to the CEO to save face...... "She said she is sorry can't help and it would do no good talking to the CEO Mr. Haux". …. WOW talk about a kick in the gut!!! Talk about NO Customer service or accountability and taking ownership!!!!

What I expected for them to respect the fact that 1. I am disabled (veteran) and I need a bed I'm paying for 2. To elevate the matter to the CEO and show some accountability or balls about the situation 3. To help me dispel all of the current negative complaints and issues with MOR Furniture, thus, make me believe otherwise.

So finally I spoke to a manager named "Tony", he put me on hold for 5 minutes and came back and said no one called or contacted you since the repair man on Saturday? I answered “NO”, not for the three days I've been leaving emails for the rep to let me know what is happening! He said that we are going to replace the broken pieces/parts, but I cannot get the part until the 20th of January 2016!

I was pleasantly surprised yesterday when my Mom and I went shopping at Mor Furniture. Until yesterday, I hated this store due to their sales tactics. Previously, every time we had gone in there, the salesman were on you like bee's on honey making it utterly miserable. We only stopped in because of their selection with the intent to find what we like but purchase elsewhere. However, Oscar more than proved me wrong. Apparently Mor Furniture has really changed for the better. Instead of following us around like a Sheppard, Oscar gave us our space but was available if we had a question. It was truly pressure free what a great shopping experience. He was amazing! I ended up buying two couches and an area rug. I still need a new kitchen table and I won't even look elsewhere. Mor is now my furniture store of choice. For me customer service is at least 70% of why I shop somewhere so after yesterday, Mor has earned a longtime customer. Thanks to Oscar.

Oh almost forgot to mention. I also got my couches and area rug at good prices. :)

My husband bought me a otomanan for xmas on dec 18 with a promise of a pick up at show room on the 26 of dec go to pick up in bakersfield its not there our rep Darnell say no worry I will have it deliverd on the 27 on 27 no delivery. I call he said sorry thay will deliver on the 30th thay call m me. Set up Delivery between 7 pm and 11 pm cool I'm fianally going to get my xmas present !!! Wrong again warehouse calls thay can't find my Item! !! I told my sales rep on the 27th If its not here my the 31st I'm going to cancel he told me he would follow through !! Bottom line I did cancel because I didn't want another disapointment from them or another broken promise . We will never buy from mor again. If u do go there don't use Darnell as ur sales rep because he's just another slick salesman that doesn't care about custormer service just commissions!!!! Sincerely another dissapointed customer from mor @ Bakersfield california

DO NOT BUY FROM HERE!!!!!! i bought a kitchen table that now has serious problems, when i called mor they sent out a tc who had no idea what he was talking about! the same day i bought the table, i also purchased a bedroom set for me, and all i have to say about that is it should be calles mor furnature for mor!!!!! we ended up somewhaere else for the mattress they wanted almost 2 grand for, and got the same one for half the price!!!! to make this experience even better....we also bought my son a new bedroom set.....this was a huge ordeal, not only did we have to wait two weeks for delivery, we picked out 5 different beds befor they had this one even close to being delivered.....sure they will do same day delivery, the trickey part is picking out furnature that is IN STOCK!!!!!! not a single thing we picked out that day was next day or even a week out delivered!!!!!!!! DO NOT SHOP HERE!!!!!!!!!!!!

THE FIRST TIME BUYING FURNITURE AND THEY MESS UP MY ORDER. DON'T GET ME WRONG THE STAFF ARE FRIENDLY, THE PRICES ARE LOW, AND THE FURNITURE IS BEAUTIFUL. THEY NEED TO WORK ON PROBLEM SOLVING. IT TOOK THEM A WEEK TO CORRECT AN ERROR WHICH COULD HAVE LEFT ME WITH A DEBT FOR FURNITURE I NEVER RECEIVED. NOT TO MENTION A BLEMISH ON MY ALREADY SCARRED CREDIT. MY ADVICE LOOK FOR A STORE WITH MORE EXPERIENCED EMPLOYEES.