Admitted to practice by the Supreme Court of Texas 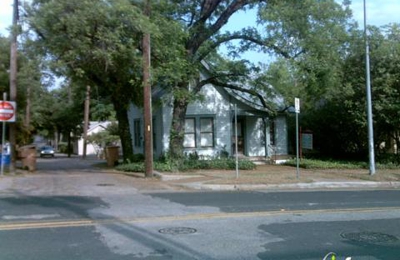 Brian is the epitome of professionalism and courtesy!! A friend of mine had a DWI and explained how impressed she was with Brian and recommended him. I had numerous issues that needed to be addressed and he bent over backwards to provide me all the resources and information necessary to move forward with peace of mind. We had a few decisions that had to be made. Brian explained the the entirety of all options, giving a clear understanding of exactly what the best next steps should be. Needless to say, everything was resolved as promised. I truly believe Mr. Tillman cares for his clients and will do everything in his power to assist in resolving whatever situation you find yourself in!

Brian Tillman and Rhett Braniff turned a bad situation into the best possible outcome. Our family highly recommends these fellows. We got a referral for Tillman Braniff from a friend and it took meeting Brian just once to know he was going to help us. My son was charged with misdemeanor and felony charges. He had never been in trouble before and therefore we had no idea what to do or how the process would work. We initially met with Brian and he really put us at ease. He really has the client’s best interest in mind and I truly appreciated it. He explained in detail the process and all of our options. Both Brian and Rhett represented my son in court so it was like he had a team. In the end we were very pleased with the outcome and truly couldn’t have expected anything more. No trial and all charges dismissed as long as he finishes a county program. I’m not sure that any other attorney would have gotten his charges dismissed with no fines or community service. Once eligible, we will definitely be using Tillman Braniff for the expungement process.

Mr. Tillman was my lawyer a few years ago when I ran into a bit of trouble with the law. He came recommended to me by a close friend, and I am very glad I took that recommendation! He was great to work with; he's extremely smart and handled my case very professionally, plus he's very friendly and easy to get along with. He handled my case wonderfully and explained everything to me in layman's terms along the way. If you find yourself in the unfortunate situation of needing a good lawyer, Tillman & Braniff are a good choice to have in your corner!

Rhett Braniff is a stand up lawyer and confidant. I chose him because of his former experience working in the district attorneys office.

I was in quite a jam facing serious felony charges, Rhett went to work for me by negotiating with the DA for a lesser charge and lower probation time. He achieved what I wanted without even going to trial!! Rhett will keep you informed during the whole process so you do not feel vulnerable or in the dark. If you are in legal trouble I would definitely recommend Rhett to represent you in the court of law.

Most of us hope we never have to hire a lawyer. Still, there are often circumstances in this increasingly litigious society where it may be necessary. Being accused of a crime is difficult enough to deal with, finding competent attorneys to help in your defense is often even more difficult. A couple of years ago, I found myself needing the services of a good attorney. Believe me, I researched many of them. I finally narrowed my search down to just a few. I was most impressed with Brian Tillman's explanation of what I was charged with, and how my case would proceed.

I was ready for the long haul to have either a jury trial, or find an acceptable compromise with the prosecution. While it took almost a year and a half, we finally achieved an acceptable compromise. During that time, Rhett Braniff joined Brian as a partner. I felt like I had two lawyers for the price of one. Anyway, even after reaching an acceptable agreement with the prosecution, Brian and his office continued to follow up and help me with a clerical issue in my case. I highly recommend Tillman Braniff PLLC. They are courteous, professional, and on your side when you need them.

Brian helped me get my life back after a serious allegation against me proved to be false. By providing accurate, honest, and open communication with me throughout the entire process, I was able to walk away from the legal proceedings without fines or fees, any charges or any damage to my future plans. I am forever grateful to Brian for his services, and I highly recommend him. Though it has been my personal observation that the legal system lacks individuals who are sincerely concerned about the wellbeing of their clientele, all of that changed when I met Brian and he decided to take my case. I am forever in his debt. Thanks.

My son and I were both in unfamiliar territory not knowing what to do. Not only did Brian treat us both the utmost respect, he explained the process and his plan of defense in terms that we both understood...Not legalize verbage. He had several obstacles to overcome in getting my sons charges lessened. Mr. Tillman's tenancity and knowledge got a better result than we could have imagined!

Even when "suprises" popped up along the way, (yet another violation), Brian took control of the situation. He immediately made contact with my son and took the initative in communicating with me. His knowledge of the law, ability to take control and calm demeaner sincerely brought my son and I peace in the midst of Chaos!

Brian Tillman is a rare breed...Smart, Savy and tough as nails when fighting for your rights, yet respectful, gracious and patient with his clients.

I highly recommend Brian Tillman for your representation. He represented me in my DWI case, and I was completely and totally satisfied with the results. Not only did he reduce my charge from DWI to reckless driving with his legal expertise, but he was always there for me through the entire process, answering my questions, and making sure we had a plan of attack we were both happy with. He is the kind of lawyer that will answer the phone, return calls and emails, and will make sure his client is happy with his results. Don’t hesitate to hire Brian if you ever are in need…

Of all the choices I could have made in choosing a law firm for my cases, I’m so glad I went with Tillman Braniff PLLC. I have used them twice and will continue to use them with whatever legal help I’ll ever need. The staff is extreamly curtious and accommodating. Brian is one of the nicest, most professional lawyers I have ever met. He was very supportive and explained everything to me very well so that I understood everything I needed to do. It’s easy to get discouraged and nervous when you’re in trouble with the law, but Brian does a wonderful job helping you work through not only your legal problems, but also your personal well-being. I would easily consider both Brian and Rhett as great friends!

If you are like me and most people, you probably have never had the need to hire a Criminal Attorney. As they say though....."there is a first time for everything".

That time for my family came last night, 3/24/10. My daughter was arrested and taken to the Travis County Jail at 10:30pm. As soon as I was notified, I tried calling the jail to see when I could see my daughter and what I needed to do to get her out of jail. I was lucky in that I reached a very nice "live" person who informed me there was nothing I could do at the time due to the late hour and that going down to the jail would not help as they would not let me in the door. The person I spoke with me directed me to the Travis County Jail web site for further info and told me I had the option of hiring an attorney. I looked in the Yellow Pages and ran across "Tillman Braniff Attorneys. I noticed that someone had rated them as 5 stars so that made me feel much better. Called their number and was immediately connected to Brian Tillman. As it was after 11:00pm, Brian was not able to reach a live person to get her released but promised to follow-up on it as soon as the jail opened at 8:00am and would get back to me ASAP. Additionally, he gave me his cell phone number as well. Promptly at 8:10am, Brian called me and the arrangements were made for him to represent my daughter. Brian met with my daughter shortly after that and was able to let her know he was working on her case. My daughter was released by noon today....thank god!

If you are like me.....scared and not knowing what to do next....do your self a favor and hire Brian's firm immediately. I met Brian at his office by 9:00am where he patiently explained to me what was going on and what he had done to date. He also met with my daughter and explained this all to her as well. The compassion that Brian showed to me and to my daughter will never be forgotten. I never once felt like he was being judgemental and am so very greatful to him for his help. We all hope we will never need a Criminal Attorney but should you find yourself in that position.....hiring his firm will be the best thing you ever did!! My family will always be grateful to him!!

If you are anything like me, getting into trouble can be a bit amusing. The entire production of being caught, quickly concocting what is usually a horrible plan to get out of being caught, and then finding yourself literally caught in the back of some Barney Fife's police car wondering who your gonna have to beg to get out this time. It's hilarious! What wasn't hilarious was the judge refusing to court appoint me an attorney, possibly having this awful charge stuck on my record, and the sudden realization of what an idiot I truly was for getting myself wrapped up in such a mess. My previous attorney dropped me because of non-payment, so the judge instructed me to wonder around the court house till I found an attorney; forcing me to publically announce the act I had commited. So I ignored him and did it the old fashioned way- open the phone book and point. That's how I met Brian. I was really embarrassed because they said there might be a videotape, but Brian was sensitive to my case and respected me regardless. It didn't take long for him to get me a deffered disposition, and even though I had trouble with my payments to him as well, he wrapped up my case and will be taking care of my expunction in a year.

Brian isn't like any stereotypical idea of an attorney. He was reassuring, professional, treated me with respect, and answered every one of my phone calls. I know I am not just a dollar amount to him and that he does care about my outcome in life, not just in my case. In him you don't just find a lawyer, you find a friend. And I know that if I ever find myself in another "amusing situation" I can count on him to bail me out, literally.

The Law Offices of Juan Hernandez
(9)