"Trust Your Car To The Experts At Motormania" We've been serving Austin Over 30 Years!

General Info
Motormania Specializes in VW and Audi Repair along with service on any make and model of vehicle. Scheduled Maintenance: Performing your scheduled maintenance with Motormania includes all manufacturer recommendations for your vehicle model, plus additional services such as clutch and braking system maintenance, air conditioning, cooling system, suspension, and transmission services. For regular oil changes, we use only the recommended vehicle-specific oil type and filter models. In addition, with each oil change, we perform the following value-added services at no additional charge: •Top off all fluids •Check tire condition and pressure •Check the lighting system •Inspect your car for possible issues that you might not have noticed ◦Computer Diagnostics: We use state-of-the-art computerized diagnostic technology that provides analysis and verification for any “check engine” light notifications. We can scan your vehicle’s computer memory blocks and return data on engine performance, the ABS system, air bag functions, and numerous other data points. ◦Brake Systems: We can diagnose and repair any braking system issues from simple pad replacement to ABS maintenance. ◦Air Conditioning Service and Repair: We provide full diagnostic and repair service for all air conditioning system issues, and we guarantee that we’ll have you back on the road, driving a very cool car long before you scheduled appointment with the dealer. ◦Fuel Injection System: We provide fuel injector and throttle body cleaning and diagnostics. ◦Electronic Systems: We can diagnose and repair all problems with your vehicle’s electrical system. ◦Suspension & Steering Systems: We can diagnose steering and suspension problems and make the repairs to ensure a smooth and safe ride. ◦Transmission Services and Diagnostics: We perform full transmission diagnostic and repair services as well as transmission maintenance such as fluid and filter replacement. ◦Timing Belt Replacement: Our timing belt service includes replacement of the timing belt, thermostat, water pump, tension rollers, and every other part that the timing belt touches. ◦State Inspection and Compliance: We perform state inspections and make any repairs necessary to comply with inspection criteria, including emissions systems. ◦Cooling System: We diagnose and repair cooling system issues, including radiators, water pumps, thermostats, and hoses. ◦Drive Train: We repair front and rear wheel drive cars, replacing axles, CV joints, U joints, and boot diagnosis and repair.
BBB Rating
A+
BBB Rating and Accreditation information may be delayed up to a week.
BBB Accredited businesses follow the BBB Code of Business Practices and pay a fee for accreditation review and monitoring. Accreditation is not a BBB endorsement or evaluation of the business’ product quality or competency in performing services.

BBB Rating and Accreditation information may be delayed up to a week.
Hours
Regular Hours
Services/Products
We Are VW & Audi Specialists
Payment method
all major credit cards
Location
Hwy 620 South Of Anderson Mill
Amenities
Usually Available To Schedule Work in 1 to 2 days, an affordable alternative to dealership service.
Associations
BBB
Other Links

Services: We Are VW & Audi Specialists 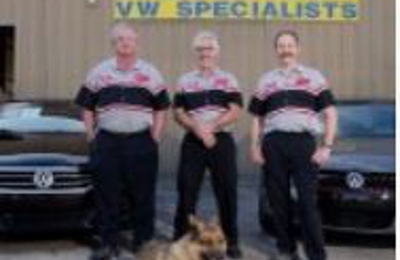 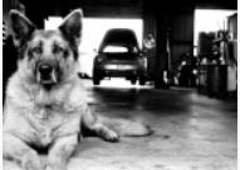 Roger at Motormania is great! He was extremely helpful, honest, reasonably priced as well as pleasant & easy to work with. Did a great job on my Audi...would definitely recommend anyone to take their car here!

Pricing was excellent, parts where OEM and a year later, have not had any problems with my VW. I recommend them for kind of auto work. I personally will not take my car any where else.

go straight to Motormania if you have a VW! Roger and the guys there are so great! I'm not too automobile savvy so it was really great when they explained what they needed to do and WHY. These guys will never try to ""take your money"". They are so honest and friendly. I will only take my car to them eventhough I live 45 minutes away!!!

In short, the guys at Motormania are amazing: they are honest, they do great work, and you'd be crazy not to have them working on your VW.

I've known Roger and Tom for almost twenty years now. My family originally learned of them via a family friend when looking for someone to ""freshen up"" my mom's 1970 Beetle, a car which she bought new in college and which either she and my dad had driven daily for twenty-something years. That car was a shiney and ran as good as the day it left the showroom floor when they were done with it, and continued to be driven daily for years, until it was finally destroyed in an accident.

It isn't competely fair to say they've done all the work on my vehicles, because I am lucky enough to have worked at Motormania for three years just after graduating from high school. So, I've done some of the work myself, but only because of the tutelage provided by Roger and Tom at Motormania. I say that I was lucky to have worked there because they not only taught me the basics of auto repair, they proved to be excellent role models for how to live life, treat people, and run a business. And they have great taste in music.

To make what is turning into a long story short, if you have a VW, do yourself a favor and have it repaired by the honest folks at Motormania.

I first came to Roger for work on my 2000 Jetta as a graduate student with NO money having seriously neglected my car. Roger helped me priortize what needed to be done to my car, did all the repairs for a flat rate, and comped extra work that he thought was nessecary but outside of my original quote calling it a student discount. The next time I went to Roger was for my timing belt and fuel pump. My car came back in PERFECT condition, on time, and at the price he quoted me. THIS time...I think I have a problem and Roger volunteered to test drive my car and see if he felt it was safe enough for a road trip before I cancel my trip. Roger and his team always get me in the day I call, and have always gotten my car done the next day. They work with my budget without being condescending to a female who perhaps doesn't know if she has a 2 liter or 4 liter engine. I will never go anywhere else and this shop makes me want to own VW's for the rest of my automotive career just so I can continue using their shop. They are UNBELIEVEABLE!