. We replace and install a variety of Siding Materials, to Improve and Beautify the Home.

. We provide and install Entrance and Patio Doors, Sliding and Hinged.

The National Association of the Remodeling Industry 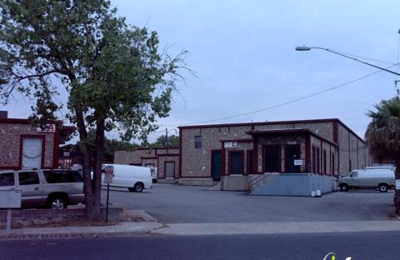 I highly encourage you to choose another provider for your windows. I really believe Ray and his crew mean well, but they just don't have the skill or ability to complete a professional job. My horror story started back in December. Ray had come out to measure and give me an estimate, assuring me that to replace 8 windows, it would be a 1 day job. There was the potential that the crew may need to come back a 2nd day, but it would mainly be to finish up exterior work and inspect. 7 weeks later!! The job is nearing the end. Honestly I am not satisfied with the product at this point, but I have notified Ray that I will just finish up the rest of the job on my own, rather than having to take off work another day to have his crew come by.

My main issues with Clear Choice and Ray's crew specifically are these: 1) I estimate that I have had to take off of work around 10 separate days over 7 weeks to make my home available for the crew to work. I give Ray credit, they are responsiveness and extremely apologetic. Ray means well, he just can't get the job done. The crew typically would arrive about when they said they would but here is the catch: they rarely come prepared. Many times the crew would show up without the required materials to complete the job and without knowledge of what to even complete. It is clear communication is not a strength of this company.

Issue 2) in the 7 weeks of misery I encountered: broken window balance (the window would not stay up and had to reorder from factory), multiple leaking windows (even my old windows never leaked, but Ray's near windows poured water inside the house, soaking the carpet and furniture), misaligned windows (the sashes on several of Ray's windows do not meet level with the neighboring sash, not a problem with my old windows), windows that are difficult to lock (several of my windows you have to play around with to even get them to lock), they even had to reorder a completely new window sash because it was the wrong size.

Issue 3) Another challenge I had with Ray's crew was the "extras" that they kept adding after the estimate. Ray came by and meticulously measured everything and we were very clear about replacing window sills and Ray talked about the exterior being put back together and looking great, all built into the price. Of course things can change afterward but the hundreds of dollars in extra charges Ray would add to my bill did not add up. For example, Ray's crew primarily reused my old trim to frame the windows. In a few spots new trim was required so the crew purchased a few pieces of trim which costs little at Home Depot. Ray would then mark up the price and charge me hundreds of dollars for a few pieces of trim. When I asked Ray to share the receipts of this trim Ray refused to offer that. It seemed very odd. I mean it costs what it costs, I'm fine with paying for something I get but not for something that does not exist. When you look at the exterior and shoddy work with the old broken trim you would understand why I am perplexed.

Feel free to reach out to me if you have specific questions. I have lots of pictures and video I took of the leaking windows and poor exterior work that was done. If I can save even one person from going through this hell it would help to lessen my pain just a bit. Please look elsewhere for your new windows.

The Glass Guru of Austin