Get The Strong Arm!

Pay Us NOTHING Unless We WIN Your Case

General Info
John Foy & Associates was founded in 1999 by attorney John Foy, a Milwaukee, Wisconsin native and graduate of the University of Dayton and Ohio Northern University Claude W. Pettit College of Law. Mr. Foy has devoted his entire professional career to representing victims who have been injured by others negligence. If you have been in a car accident and need a personal injury lawyer, get the strong arm, call John Foy!
BBB Rating
A+
BBB Rating and Accreditation information may be delayed up to a week.
BBB Accredited businesses follow the BBB Code of Business Practices and pay a fee for accreditation review and monitoring. Accreditation is not a BBB endorsement or evaluation of the business’ product quality or competency in performing services. 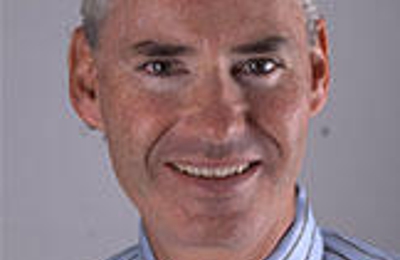 Never will I ever recommend this law firm to anyone! If I could give zero stars, I would. My lawyer was Patty K. Kim and her assistant was Hana Cho, and they are both horrible. I only spoke to Patty twice in the 4 months that she was representing me, and it was like pulling teeth to get Hana on the phone. I was injured in a car accident in February and chose Foy and Associates to represent me. By the middle of March, my lawyer & her assistant had set it up for me to receive physical therapy at Arrowhead clinic. I went for 6 weeks. Finally in June, they decided to send the insurance company an offer letter (which was way to high for the insurance company to even negotiate with), in which the insurance company responded back with an offer of $0. After receiving this, my lawyer called me and told me she was dropping my case and that I would be responsible for my physical therapy bills. They basically did not want to risk going to court and losing. I was LIVID! However, it all worked out for the best because I ended up finding me a GREAT lawyer who got me the settlement I deserved in less than 2 MONTHS without stepping foot in a courtroom. PLEASE DO NOT USE FOY AND ASSOCIATES IF YOU WANT TO BE TREATED RIGHT. IF YOU NEED A REAL, CARING LAWYER, THEN CONTACT KEVIN PATRICK (KEVIN PATRICK LAW, LLC)! HE WILL TAKE GOOD CARE OF YOU AND WON'T LEAVE YOU HANGING LIKE FOY DID TO ME.

My experience with John Foy legal team was very pleasant.They handled all my medical and other issues in a timely manner.I give John Foy a 5star rating.*****

not good wish I could be more specific. This has been a bad experience overall and wish I was treated better.

very helpful. I received well service when I had a car accident earlier this year.

I have always heard very good things about this company, and recently called them for a wreck i was. The rep was very caring. Thanks.

i hope that helps.

They really helped me with my car wreck situation, highly recommended

During the initial consultation, the representative for Foy & Associates was very pleasant and told me that my case was simple and that I could expect a good outcome. I was pleased and signed their contract for representation.

Then after some weeks went by, hearing nothing from Foy & Associates, I started to send emails, requesting an update. I received an email stating that an attorney had been assigned to my case and he would be in contact with me.

However, three months went by, during which time, I sent quite a few emails, simply trying to get an update on the status of my case. I got no replies. Therefore, I sent an email to John Foy, himself. I let him know what had been going on and the lack of communication that I was experiencing.

Foy & Associates' response to my inquiries was to terminate their representation, without explanation.

The worst part of this is that the statue of limitations on my case was at a crucial point.

I requested my case file from Foy & Associates so that I could look for another attorney. To my surprise, when I received my file, there was only ONE letter that had been sent regarding my case. There was NO other documentation of Foy & Associates doing ANY work on my case! My feeling is that my case file was somehow lost or put to the side. And once I began to express my concerns, Foy & Associates' resolution was to terminate their representation.

I am taking the time to type up this review, in the hopes of sparing another "perspective client" what I have been through. I would NOT recommend this firm to anyone.

after calling several local attorneys...he personally spoke with me and informed me of exactly what i needed to do for my situation. if i ever need an attorney in his field of expertise i will definately call on his firm. thank you