General Info
Why worry about high prices? Western Rooter & Plumbing, with offices in Arcadia & Pasadena, offer superior, reliable, honest, low cost 24 hour plumbing and rooter service. We have been providing Arcadia and the greater Los Angeles community with unbeatable plumbing and drain cleaning prices for over 30 years. For all your drain cleaning and plumbing needs, call us today, at626 448 6455. From big to small, residential, commercial and industrial our highly trained and licensed rooter and plumbing specialists can handle a wide variety of needs. We carry a standard $2 Million general liability insurance and all our work is guaranteed, and offer warranty on all drain cleaning jobs!
BBB Rating
A+
BBB Rating and Accreditation information may be delayed up to a week.
Hours
Regular Hours
Extra Phones 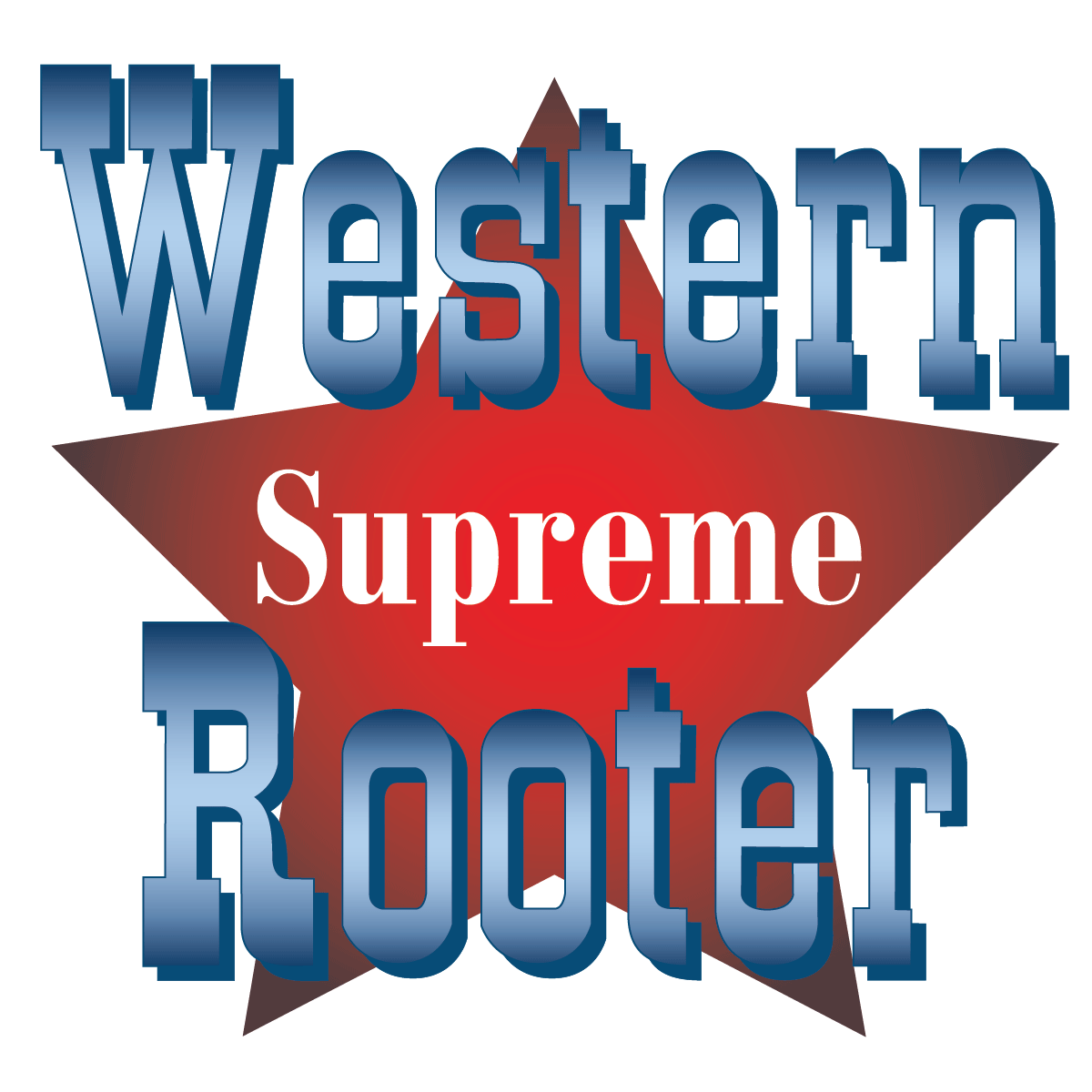 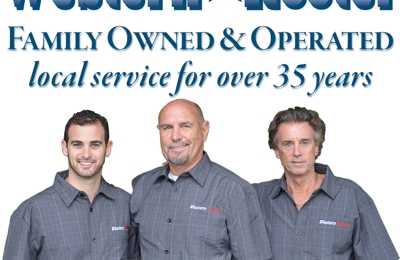 I called this morning because I heard a loud noise with my tankless water heater. The woman at the desk couldn't have been nicer. She scheduled me for same day appt. Two plumbers came out as scheduled, they tried for some time to recreate the problem. But when nothing was found they left without charging me a penny. They were very pleasant. I will definitely call when I have plumbing problems.

Used there service a few times. Always came out and snaked out my main line sewer for just $99. Always provides us with great service. Friendly staff in the office!

I used City Search to find a company that would come and give me an estimate for my sewer line. I have had numerous backups with my mainline sewer for years. They sent Raul out who is a very nice guy. He came out and wanted to run a Sewer Camera to see the exact problem. Turns out my sewer was damaged. The camera told Raul where my problem was so that way he could replace only the broken part of my sewer saving me some money. He gave me a price of $1,700 to dig out and replace 10 feet of sewer. He and Said finished the job before 5 O c'lock before my wife got home to a torn up lawn. I was super impressed with the professionalism Raul and Said gave me. I highly recommend these guys to anyone. Once the job was done , Raul re-ran the sewer camera to show me that my sewer line was clear and the problem was fixed. I am very happy with this service!

Living in LA, it is very expensive. I found Western Rooter on line and loved there website! I had them come out to fix my old water heater but they suggested I replace my 30 year old water heater with something more efficient that will save me money and give me plenty of Hot water. They installed a 40 Gallon Bradford and white. Tony said this one of the best on the Market. I am currently saving $20 a month on my Gas bill because of my new Water Heater , and I am getting plenty of Hot water. After he installed my Water heater He fixed some of my slow drains. He was all done within 1 day. Tony had a great attitude and I loved working with him, I would recommend Western Rooter to anyone!

I used city search to find a company that would give me a free estimate on a copper repipe. These guys came in a fair price with all the bids i got. I had Carlos and Tony re-pipe me whole house and it cost me 2,900. They were done in 3 days and they worked hard. These guys showed up everyday with a smile on there face. Very professional service. I would recommend these guys to anyone.

About 1 week ago I have been calling plumbing companies to get my sewer line fixed. I came across Western Rooter and they seemed very nice so I gave them a shot. They were wonderful to work with. They Sewer Camera my sewer line to see where the exact problem was and then replaced the broken sewer pipe.It took them only 1 day to finish this job. I was happy with the price they gave me and there workmanship. Later that day I asked the plumber to fix some leaky faucets and he fixed them very quickly. It was a great experience using this company and will refer more business to them.

THEY WERE LATE TO MY APPT. ONE PLUMBER CAME COULDNT DO THE JOB ONE HOUR LATER ANOTHER PLUMBER CAME. TOOK 3 HOURS TO REPLACE A FAUCET. IT STILL KEEPS GETTING LOOSE. ITS BEEN MONTHS AND IT STILL GETS LOOSE.THEY WERE MESSY AND LOUD. OVERPRICED FOR CRAPPY WORK.

Had a clogged sewer line a while back and it was always backing up. My plumber western rooter suggested to run a sewer video camera for $175 to see what the problem was. Turns out it was roots growing in my sewer line. They located to damaged spot and fixed that one are. It took them 1/2 with a reasonable cost. I highly recommend these guys.

Back in January 2010 we started to notice a sulphur-like odor every time our furnace kicked in and the heat came on. At first I thought perhaps the source was standing water had accumulated in the basement near the furnace; but then I woke one morning to find nasty black water standing in my tub and shower, indicating a clog in the sewer system.

My home warranty company dispatched a plumbing and rooting service to my home the same day; however I was informed that my policy only covers stoppages up to 50' from the ground level cleanout (GLC). They said the stoppage that created the backup in my home was more than 50' and that in order to get to it, they would need to install an additional GLC. And though this work would NOT be covered by my warranty company, they'd happy do it for a mere $900!

I mean, sure - my house is a "classic" and was built in 1928. But in all of that time, and through all of the owners before me, no one saw a need to install an additional clean out. Something didn't "smell right" about this, so I told them thanks but no thanks. My son paid them the $60 service call fee and they left. And I immediately started researching other contractors.

Oddly enough, it would seem that the work done by the other contractor was enough to at least partially clear the stoppage because a few hours later my son called me to say that the water in the tub and shower had drained by itself. By then I had called several rooter services - including Western - and found that for about $100, they would clear my sewer line up to city lines if needed.

Fast forward to late last week and the smell returned, along with a strange thumping and gurgling sound when flushing the toilet. This time I didn't wait until the water backed up into the tub and shower, and I called Western immediately. They had a technician out within 45 minutes of my call and the clog was completely cleared within 15-20 minutes. The cost? $100.

I'm not sure what other services Western offers, but you can bet I'll be calling them again if I need fast, thorough service in the future.

Thank you for being so courteous and professional!

I have been using Western rooter for all the properties i manage. They are a full Plumbing and drain cleaning service, and all the service men are very professional! highly recommend. They are also 24/7 service.

Called on a Wednesday afternoon, had a 2 hour ""window"" for Thursday morning. Customer service was friendly and courteous. The plumber arrived on time, did the repair in a professional manner, left everything clean. Fixed it right the first time and the price was reasonable. What more could you ask? Highly recommended.

This is a simple endorsement - I asked for someone to clear my sink clog; they dispatched someone within 2 hours who showed up and cleared the clog in 15 minutes. Cost was $63. Got the job done.