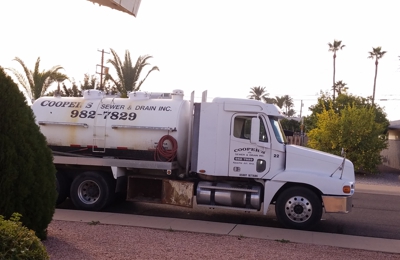 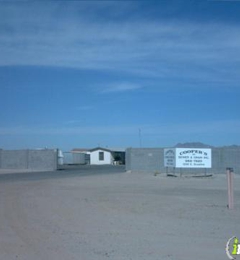 This was the worst experience with a business in my life. Although Mr Cooper has a very nice phone voice and appears to be concerned, he basically told me to go f*** myself. I have requested Coopers because a friend works there. unfortunately they sent Dave, who was honestly very nice to me. unfortunately Dave faked cleaning my toilet drain leaving the cap off of the riser while it was raining outside quoted me double for draining the septic tank then what I understood it to be. and then just telling me he couldn't get the drain open. when I told the homeowner what had happened she said she would not pay them she called someone else. they pump the septic for half the cost. they said they would need to pull a toilet to determine what was going on.I called Mr Cooper to let him know that I felt the $90 charge for service was too high. and that the homeowner was not going to pay for that since they didn't do anything.that's when he basically told me that it was too bad. I canceled the check. And will be filing a complaint with BBB.