General Info
Apache Dee's Electrical Services, LLC is a family owned and operated business. Dallas Dewey has been the owner and operator since we first opened the doors in 1981. As a Master Electrician with over 35 years of commercial, industrial, and residential experience his devotion to excellence in service and installation will shine through in our employees. We know that in this day and age, it is hard to know who you can trust. This is why we guarantee that our service technicians will be Friendly, Knowledgeable, and Trustworthy. Each of our service technicians have more than five years of experience in both commercial and residential electrical systems. From the day they are hired, each is personally trained by Dallas in ALL aspects of the electrical field. They understand that each installation is unique and they are trained to exceed our customer's expectations. Please allow us the opportunity to earn your business.
Email
Email Business
BBB Rating
A+
BBB Rating and Accreditation information may be delayed up to a week.
BBB Accredited businesses follow the BBB Code of Business Practices and pay a fee for accreditation review and monitoring. Accreditation is not a BBB endorsement or evaluation of the business’ product quality or competency in performing services. 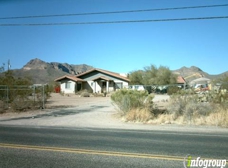 tech came earlier than expected. good working knowledge of the job. good job so far, no problem with the installed unit. thanks.

Our air was not working and we called Apache Dee's Electrical about 15 minutes before 5 yesterday afternoon and he returned the call within 10 minutes. He was here in about 10 to 15 minutes after the return call and checked our ac. He told us it needed freon. He put it in and was done in 20 minutes. Mr. Dallas Dewey did an awesome job, and he didn't charge us an arm and a leg. When we need our ac worked on again, we will definitely call him.

I was charged exactly what I was quoted and they were here on time. They did a full inspection, and let me know about some concerns, but did not push. The quotes I got from the other 2 companies I called were each over $40 higher. I thought Apache Dee's did a great job.

Thank You for the honest review. We strive to satisfy all of our customers and we appreciate being noticed for our acts of acheivement.

This listing has been claimed by a business representative.
Helpful(1)Flag
quantumstar

I called this company for an estimate on a problem on my heater. I could not light the furnace. Dallas the owner came by and he lit the pilot and then told me that I needed a part so I would not get carbon dioxide poisoning. I told him to go ahead and asked him how much it would cost me. He said between 50 and 100 dollars. When he came by and fixed the unit, he then proceeded to charge me almost 200 dollars. I was in shock. I told him I would of got another estimate on the unit. I think it is bad business. I paid him the 100 dollars and then said I would never go to him again and then would tell everyone I know that this company lies to the consumer.

This was apparently a misunderstanding between Dallas and the customer. Quoting $50 for a part, is indeed for the part. The labor to install the part is in addition to the part. We have a very low mark up on our materials and charge an hourly rate. Most companies charge 1000% mark-up or more and a service call fee. You will always pay more with a company that operates that way. We do not like that our customer was dissatisfied but, this was not an overcharge.

This listing has been claimed by a business representative.
Helpful(0)Flag
mgeibel

There were two seperate problems at the customer's home. The first problem was a loose neutral wire in the service panel that controlled the circuit in question. The customer had stated that he was able to reset the breaker from time to time to resolve the problem he was experiencing. My technician found the neutral wire was not in the neutral bus, just resting within the alloted slot. Upon re-inserting the neutral wire and tightening all other connections on the neutral and ground bus, the lighting within the home returned to full power. The cause of the breaker tripping would have been this loose neutral touching against the ground bar causing a short in the system, which was what the customer was experiencing. The customer called on Sunday and stated that he was again experiencing lighting problems. My technician returned to the job site and checked all of the connections within the receptacles and switches. He found another loose neutral wire within a wire nut feeding a receptacle. The customer would not have been charged for both trips if this would have been within the panel and not an entirely different problem. Please also note that the work was completed Friday AM, the customer stated he was returning home at Noon that day. He did not call to state that there was another problem until Sunday PM. Had the power not been functional on Friday after returning home from his appointment, he would have indicated to us at that time it was not working.