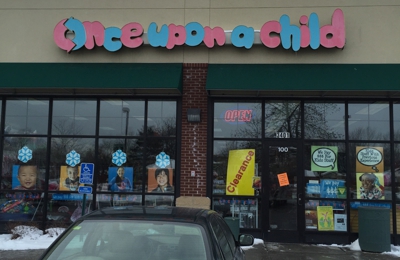 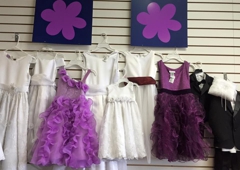 Warning!!! Do not go to this location. I wish I would had read the reviews before going here and wasting my time. Very, very, very poor customer service skills from all the employees. The store is a mess, can barely walk around the store. Not sure what the employees actually do besides sit behind the counter and talk to each other. Felt very uncomfortable in the store due to the employees snobby and rude attitudes. Went to once upon a child to try to get rid of my sons baby stuff. When I walked into the store was not greeted, just starred at, when I approached the counter the lady working ,wish I would of gotten her name, said to me "Did you call us ahead of time to see if we even want any of your stuff." Took my time cleaning and folding all the clothes, which most were only worn a couple times, they didn't even take the time to look at any of the clothes except three PJ sets were on the top. Brought in a brand new, only use a coulple times, pack n play, which they denied right away after basically demanding me to set it up, because she claimed there was stains which in reality I had just gotten done cleaning it and it wasn't dry all the way yet so it looked like it was stained. I told her to feel it, its just a little damp still and she in a very rude judgemental way said "well it smells. " After 2 hours of very poor customer service later they bought only three sets of clothes and 2 walker toys. Atleast that's what she told me, after getting back home I noticed that other items I brought in were not returned to me. Do not waste your time at this location unless you like dirty,snobby, judgmental, thieves.