Providing Excellent Service For Over 160 Years

General Info
Were proud of our well-trained, all-union staff of licensed technicians who are ready to provide you round-the-clock service, whether youre an Ann Arbor resident or business owner. We give each job, large or small, the same level of care and attention. And we look forward to providing you worry-free service whenever you need it. Call us today!
Extra Phones 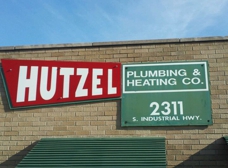 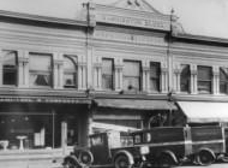 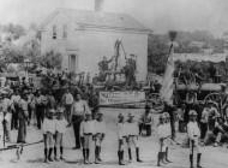 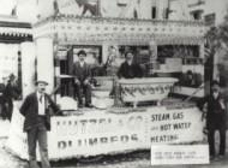 Called today to make an appointment to have someone come out. It was going to take them a week to schedule my appointment. And they were going to charge me $45.00 plus $33.00 per 15 minutes because I lived on outside of Ann Arbor. It was going to cost me hundreds even before they made it to my house. Did not use them - hung up and called someone else.

Bud was an expert in every aspect of plumbing and HVAC. He was thorough, friendly, and informative. I could not have felt more comfortable with, confident in, and appreciative

These are the people to call when you need Orangburg repairs! Also very good on sinks & tubs .

Wonderful folks. Our furnace relay got taken out by a DTE crews in the cold, cold Feb last year. Mike was here within an hr to get us back up and running.

We want to state that the service technician B.J. who was dispatched to our home was outstanding. He was very professional, courteous, and respectable in all manners. He was a delightful person. He worked very hard.

We had our furnace Checked and cleaned 3/15/16. The appointment was easy to schedule and the service technician was quick and provided very good service. We hope to use Hutzel again in the future.

3:30 Sunday afternoon an external fawcet blows. After shutting down the water I called Hutzel and two other "24 hour" plumbers.Hutzel Tech retunred call within 15 minutes and despite some personal stuff agreed to be over by just after 5:00 PM. 5:18 Ken turns up. Courteous, swift, very competent and knowledgeable and expalined. the process very clearly. Finished and gone by 5:40.Yes this was a fairly simple process but Ken made everything extremely easy.Two other companies called never even returned the call. Great !

It's not going to be a good day when a long-awaited appliance installer says 'I'm sorry, but you're going to need a plumber...this gas line is so bent, it's about to snap. Super dangerous. We can't touch it." I called Hutzel immediately, and within literally 15 minutes Chet pulled up in his truck, while Best Buy was still at the house. He fixed the line, rushed back to the shop for dryer tubing, installed the gas dryer, and even cleared a bathroom drain where he was here. Excellent response by Hutzel, and a great plumber.

It took a couple of calls to get ahold of them, but as it was Thanksgiving weekend, I suspect that is not the norm. Once I did, they came out very fast and very quickly fixed the problems I was having. I would recommend them to just about anyone who has problems with their heater light going out and is too nervous to relight it on their own.

I've had two experiences with this company and it was the same technician both times. He has been very personable and professional.

I like these guys because they are professionals, they offer good responsive service and are courteous to boot! I recommend them to any one in need of their service.

I got a new water heater from Hutzel Plumbing and Heating. They were thorough and also let me know that they could service my furnace and air conditioner. I have had problems with other service providers and Hutzel is clearly a step above the other providers. The service technician Walt Lindemann was knowledgeable, professional and courteous. I would recommend them to anyone!

The last thing you want to hear your significant other say on one of the coldest nights not only of the year but of recent history is "I think the furnace stopped working." Add 2am to that equation and, well, grab the tissues because you're just going to want to cry.

Except I'm a total type A so even though I wanted to cry I grabbed the phone and set about trying to find an emergency repair. You see, I had just replaced the pipes in this house and I'd be damned if one of the burst from the cold after all that headache. I didn't care how much it cost to get it repaired, I wanted someone out ASAP.

I called a few places. Some proclaimed to have 24 hour service but didn't answer. Some I talked to but were too swamped from the cold to have anyone out until the next afternoon. I had actually called Hutzel first but was directed to an operator who told us she would have to look for someone available. So I set about calling a few other spots while I wanted just in case.

Luckily within 30 minutes my savior Charlie called back. He said he'd be over in an hour. BLESS HIS HEART. He arrived promptly and got us running again in 15 minutes. Unfortunately this was only a temporary fix as our exhaust motor was shot but he at least got us through the night till he could return the next day with a new motor to get us fully fixed up. Around 1pm we noticed the temperatures start dropping again in the house but luckily he was back by 2pm with a new motor to get us all repaired. The furnace is now running like a dream, quieter than is has since I've lived here, and is holding up really well with this blasted polar vortex. I am so so grateful for his assistance!

Even better? He was cheerful, gracious and pleasant throughout. One could be pretty salty if they were called out of bed at 3am to go out into a snowstorm + negative temps but he got here and was SO nice and SO helpful. I wanted to cry again..this time out of gratitude.

I'm still waiting on the bill and I know it won't be cheap (they're upfront that emergency service is $189 an hour, plus all the new parts we had to put in) but it's a small price to pay for warmth, security, and knowing you aren't going to be dealing with a flood on top of everything with a burst pipe. I'd give Charlie 10 stars if I could. Our hero!

First of all, the guy that answered the phone on Thursday accessed my records and got the detail on my thermostat and tried to help me over the phone to save me needing a service call. It didn't work out but he tried and he got me someone to come next day rather than a Monday appointment. Then the repairman came and within just a few minutes discovered the trouble and resolved it. I'm only getting charged for the service call and 15 minutes of time. It couldn't have been a better experience.

Hutzel did a great job with a complicated hot-water boiler replacement in our 100+ year old home. Barb came to the house multiple times to assess the situation and gave us a fair and competitive bid. John and Don did excellent work and were responsive to all of concerns and questions. In fact, everyone we dealt with at Hutzel went over and above to give the best possible service and end result.

I've had them repair both a heater and look at an AC, both times they were polite and willing to explain the issue in terms that anyone would understand. It's always a pleasure to work with them because I know the job is getting done the right way!

I have used Hutzel for many years and they are a great company. Reliable and completely affordable. I have been happy to refer them to friends, family and clients.

I'm definitely on the Hutzel has saved my bum a couple times bandwagon. The times I've needed them, they've done a pretty good job of getting there in a reasonable amount of time, and have gotten things fixed pretty quickly.

I've had very positive experiences with Hutzel. We've recently been trying to purchase a home, and as such, have had to get some contractor's quotes for repairs to heating and cooling systems, ductwork, etc. Scott and Nancy (the owners) really know their stuff, and have been a pleasure to deal with.

When they realized that we were under a quick time line to remove our most recent contractor's contingency (after our initial home inspection revealed some plumbing and HVAC problems) they eeked out a special spot for us in their schedule.

If they do work for us in/on the new home, even if it's just maintenance, I'll be sure to update, but as things stand now, I couldn't ask for a better, more responsive team to work with!

Hutzel Plumbing did great work. Done on time. I would recommend them to anyone.