Associations
Accredited by the Marble Institute of America
Other Link 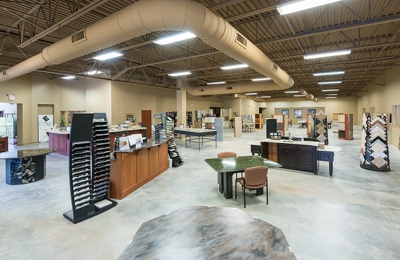 What a selection! I had visited 2 other places for my new countertops, but none that were as impressive as Eastern. The process was painless, counters look outstanding! Will buy from them again when its time to do my master bathroom.

We had a great overall experience with Eastern Surfaces. They were consultative without being pushing. The team that came to the house to do the removal of existing countertops, installation of the quartz countertops and back splash ensured they cleaned up after themselves, were respectful, but most importantly, everything turned out great. We LOVE our new kitchen. We would HIGHLY recommend Eastern Surfaces, Inc. to everyone looking to update/improve their current kitchen. Thank you again! Ryan & Chris.

We recently use this company through our kitchen designer. One of the worst experiences we have ever had. First we had to go to Allentown to select our granite slab, 2 hours each way. Once selected we had so many problems with crooked cuts and install which made the counter not align straight with our range and overhang was uneven. Our island had to be redone 3 times. The second time we trusted them to pick the slab from the same lot as first and they actually brought a slab with a visible crack (natural) over 20 inches long and the other corner had black marks approx 12 x 12 that looked like a child had taken a marker to it. Insisted on the owner coming to look at this mess. We had it redone, but it took three times and countless appointments of templating, going to look at slabs, etc. After insisting on some sort of compensation, they gave us a $350 discount on a $5000 dollar job and no apology.

Our goal is to always meet or exceed our customer’s expectations. We were provided dimensions to fabricate from, by the kitchen dealer. When these proved to be incorrect we made a new island. The customer was unhappy with the appearance of the second island. The owner went out to meet with the customer and it was agreed that Eastern would send new slabs to Harrisburg for their approval. The new island was made and the customer was satisfied. The customer was never without a countertop throughout this process. We made numerous attempts to contact the customer directly but unfortunately we were never allowed a conversation.

This listing has been claimed by a business representative.
Helpful(0)ShareFlag
Kari P.

I too had an ongoing negative experience with Eastern Surfaces. So much so, that I'm about two days away from contacting the Greater Lehigh Valley Chamber of Commerce, the Whitehall Area Chamber of Commerce and the Lehigh Valley Builder’s Association. Yes, they were perpetually late and the first time they came out, the equipment to measure failed. No, Jen didn't call me like I was told she would when I wanted to know what my sink options were. All of this I could live with, they're contractors, after all. But when they dropped my counter top on the day of installation, cracking the corner off, putting a dent in my sidewalk, they didn't bother to speak with me about it till they already repaired it outside and brought it in to install and I asked "is someone going to talk to me?". Then they explained what had happened and what they did to repair it. I was in no position to send it back (not that they gave me that option), because at this point, I had no counter or kitchen sink and had already drove 3 hours round trip in an ice storm to pick this slab out and waited a week for the installation date they picked without consulting with me or contacting Lowes to coordinate the plumber. Thank goodness they were late for the install because I had to scramble with Lowes to get someone out to take out the old counter top and disconnect the sink. I asked if they notified the office about the "incident" and they said yes and took pictures. When I complained I had to send more pictures and then they sent an assessor out to take more pictures. When the assessor arrived, he said his guys told him "your husband said it was ok". I don't even have a husband! I'm the sole owner of my house and it's been me and only me dealing with this company. The counter was installed over a month ago, and I'm still awaiting resolution.

Eastern Surfaces has been in business for decades and we stand behind our work. But even with the best of professionals, accidents can still happen, as in the case of Kari P. A misstep caused some minor damage to the corner of her countertop. Top was successfully repaired to customer satisfaction and acceptance.

This listing has been claimed by a business representative.
Helpful(0)ShareFlag
M G.

I had a wonderful experience with Eastern Surfaces and I love my new countertops. My kitchen looks amazing!!! Remodeling a kitchen is big project, but the staff at Eastern walked me through what I needed each step of the way, they were extremely helpful. I could not be happier with the end result. I would highly recommend.

Employees are very rude. It takes forever to schedule a date for measuring/installation and once a date is scheduled they give a five hour time frame for them to show up! Ridiculous! Very incompetent! Will not do business with them ever again.

I had a horrible experience with the installation of my quartz countertops and could write several pages detailing the situation. To sum up my 2 week ordeal with Eastern Surfaces: 1. They had to come to my house 4 times for the installation and subsequent repair. 2. They were always late (up to 2 1/2 hours) for their appointments which were supposed to be between noon and four. 3. They left a huge mess in my kitchen after recutting one of the countertops and replacing another piece. I spent over 3 hours cleaning silicone out of my drawers and cabinets and repairing my plumbing. 4. One of the owners was supposed to come to my house during the repair but didn't show up. After calling back I talked to an account manager since the owners didn't have the courtesy to call me back. They did offer a $50 giftcard that I found insulting. I could go on and on about my poor experience but those were the highlights.