One Stop Shop For All Types of Towing & Truck Repairs Facility. 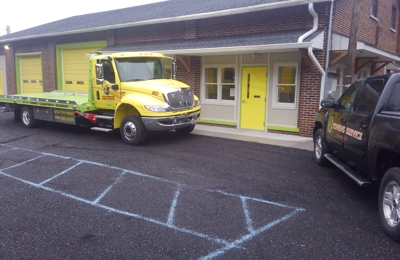 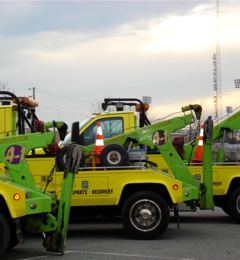 Last time I used A1 Towing $40 mysteriously went missing from my car.

I called for an estimate for towing our 72 trans am to the transmission shop - I was told $65. When I called to schedule the towing, I was told there was an additional $20 fee to pull it out of the garage, and $33 if extended ramps needed to be used for a total of $118!!. The tow truck backed up to the garage - just as close as if it had been on the street - and loaded the car. No extra ramps were needed.

Once at the transmission shop, I was told the bill was $118. I said, no extra ramps were needed, so why isn't it $33 less? The driver suggested I call the office, which I did. The woman told me that this was the standard rate for "older cars" since "extra care has to be taken.".: WHAT?????

So, does that mean the same kind of care isn't taken for "newer" cars????

I will NEVER use them again - it is a total RIPOFF!!!

They said within 90 minutes towing. My car wad less than two miles away. 3 1/2 hours later they show up. Terrible servicd

There is not enough information on this web site. ie if your vehicle is towed when can you pick it up ?

Thank you so much A1 Towing. I ran out of gas on 33 & 78, they saved me by bring gas to my vehicle and getting me on my way. Driver was very nice Thanks guys for the help

There was a bit of a mixup with the address where my car was being towed that increased the mileage. They did not even try to change the quoted price on me, and simply accepted that the mistake was on their end, honoring the original quote, but taking the car to the desired destination.