Find the best tires for you. Try Treadwell today! 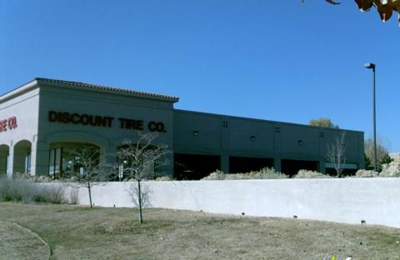 These reviews are fake. Why does Discount Tire have two identically-worded reviews, dated a week apart, written by different people?

As a long-time customer of Discount Tire, I will never go back. They were great at one time. Now all you get from them is baloney.

Be sure you call around, the ""low price guarantee"" is a total lie.

Went down to this store on 30MAR08 to get tires replaced on my Ford Ranger. I was told that it would be approximately 30 minutes to get the work done. 15 minutes later, my truck rolled out with the new tires. While I was there, I asked how much they charged to fix flats as my car had a slow leak in one of the tires and let them know that I did not buy the tires from them. I was told there would be no charge. So, I brought my car down and let them fix it. Well, Monday morning I got up to go to work and immediately noticed that the low tire pressure sensor was on again; figured I had another hole that they had missed or something to that effect. On Tuesday, my wife took the car back down to them. She was told that the person who put the patch on did something wrong and that the patch came loose. So why am I giving them an excellent? They told her that the tire was pretty much destroyed as they will not be able to get another patch to stick right. They said that is not bad news for us, but bad news for them as they are going to replace the tire free of charge. I was highly impressed that they are going to so much trouble to fix the problem when I did not pay anything for the service in the first place. I would probably be upset that they are only replacing one if the tires had more miles, but they only have 6k on them. So if you are looking for a tire place with great customer service and people who will standby their work, this is the place to go. I will definitely be a repeat customer.