Solutions Powered by People, Since 1947. 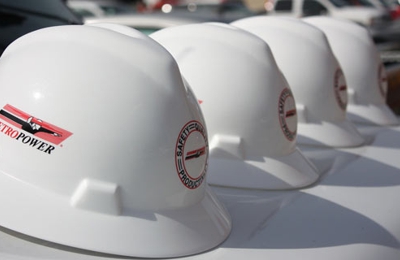 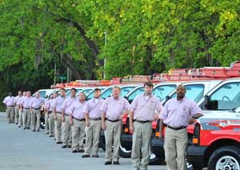 We had a water line to burst underneath the house. Even though it was before business hours, MetroPower assured me that someone was on the way. The repairman and his apprentice arrived shortly after the phone call. They assessed the problem and got it taken care of. They kept my husband and I updated about what they were going to do and how it was going to be done. I have complete confidence in MetroPower. They are awesome!

We use MetroPower for several resources, plumbing, electrical, and networking. All the guys are easy to work with, and provide great services.

We have used MetroPower for multiple projects in our shop and on our yard. Casey Oosterveen and the guys always do a great job and are very professional.

Casey Oosterveen and the guys at Albany Electric and Albany Plumbing have taken care of all our needs. You can't ask for better customer service. They are top notch.

Don't waste your money...Albany Electric overcharges and delivers terrible customer service. I am a building owner in Albany GA. I recently used Albany Electric to make several minor repairs to my office building. They quoted me approximately 7 hours of labor at $70 per hour plus supplies. I gave them approval to start the job. I immediately noticed that their technician was working slowly and taking extra time to get supplies, etc. If I am hiring a top quality electrical company to do minor repairs they should have the necessary supplies in their work trucks (this is common for most electricians). Instead of finishing in 1 day as promised Albany Electric ran up about 12 hours of time (about 50% more than they quoted). I understand going over budget slightly but running over budget by 50% is really excessive. They finished the job and did not provide an invoice for their charges. They told me instead that they would drop it off the following day. Around 4PM the following day they dropped off their invoice and I explained that I would need to print a check and return it to them the following afternoon or evening. The very next morning Albany Electric began calling my mobile phone repeatedly. They called a total of 10 times between 8AM and 4PM. I was trying to finish several repairs myself at the building during this time and did not hear the calls as they came in. Then Albany Electric showed up at my office building at 415PM demanding to be paid. I could not believe their behavior but decided I would just pay them in cash rather than continue to be insulted by their inappropriate behavior and excessive phone calls. After giving Albany Electric $1,000 in cash I asked for a receipt and my change. They told me they did not have any way to give me change or a receipt. Then they told me to ""GO BACK WHERE I CAME FROM"". At this point I began to get upset and I demanded a receipt and told them to get off my property. Instead of providing a receipt the Albany Electric representative decided it would be best to turn around and get in my face and point his finger right in my eye. I told him to back off and finally he did so. Bottom line - avoid Albany Electric and MetroPower (their other name). You will be over charged and possibly assaulted by their representatives. There are far better electrical companies in the Albany GA area and they are less expensive.

SOURCE: I am a established real estate investor with many different buildings around America. I have worked with many electricians and other contractors. I have never experienced the type of behavior that was exhibited by Albany Electric from any vendor in my 15 years of being in this business.