General Info
Goldcoast Coin Exchange is a family owned and operated business located in Agoura Hills, Ca. We specialize in the purchase and sale of rare U.S. coins and currency, gold and silver bullion, and appraisals.
Email
Email Business
Business History
Our Family opened it's first coin store In the lost Angeles area in 1964 and we have remained a respected family business ever since We pride ourselves on handling one of the largest selections of coins in Southern California. Our vast inventory including common and key-date coins allows us to cater to collectors and investors alike.
BBB Rating
A+
BBB Rating and Accreditation information may be delayed up to a week.
Extra Phones 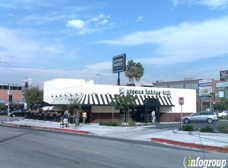 This is the best place to sell or buy your coins...Shopped several dealers & Tom & Lisa are honest & fair in every way

They were so friendly.. I was kind of nervous because I had never sold anything before. I thought it would be like those pawn shows on t.v.. but Tom gave me a price that was actually a little bit more than i was expecting. I had a coin collection from my dad and I researched it on the internet before I came in, it was mostly proof sets and silver dollars. I found these guys on a referral from my neighbor, and I would recommend them to anyone.

These guys are totally fair.. I brought them my coin collection from when I was a kid, the man behind the counter really knows his stuff! He gave me a straight forward price that was better than the guys down the street. Go there.

I recently found an old coin collection. It was a small collection without any super rare items but of decent quality. I took it Goldcoast based on the reviews I read here. All I can say is that the service was BETTER than all the rave reviews. I worked with Lisa who went through the whole collection...gave me the best advice on how to handle all the coins...and then gave me the best price for everything. I could not believe how fair everything was and had an instant trust in everything she had to say. I was happy to support a long time family business and it's easy to see why they have prospered for so many years. Avoid all those We Buy Gold pop up operations and support a local business.

First, let me say that I have been collecting coins for years. I don't have an unlimited budget, but I like nice things. I came in on a referral from a friend.

I have to say that I was a bit leery because I haven't heard of them before. I was very surprised at the amount of coins they have in stock and how knowledgeable Tom was about the grading of coins. I brought him a few coins I was thinking about selling so I could add to the down payment for a house. I knew what I paid for them and I was kind of expecting him to low-ball me because that has happened before. Not even close! He paid very fairly for the rare coins I had and market price for the common stuff.

You should always shop around, but shop here last.. you won't get ripped off!

The girl at the counter was very knowledgeable and honest. I had a bunch of gold jewelry I hadn't worn in years and I took it to them for an appraisal. I wanted to check around and I went to 2 other places that day. Goldcoast was the highest price and the most friendly.

I called around several banks and exchange stores and found that GCCE, Inc, was the best rate offered. I shopped around for the last week and the rate changed slightly, but I would highly recommend their services. I was in and out within 5-10 minutes. The staff was friendly and helpful. I would definitely use their services again. Thanks again...

Easy way to get money before you go. Had all the money in stock so we didin't have to order it. Once we got there, we found the rate was similar to what we got at the bank in England.

Very helpful and easy to use service. I was in and out of there in less then 5 minutes! Straightforward buy and sell prices without any hidden fees is a welcome relief from other exchanges. The rates were even favorable too the ones offered in Europe!

I called these guys to find out their exchange rates twice and they said no fees, ""Cash for cash."" I went in and according to my receipt they put the Euro as 1.65 in dollars. When I checked the paper the next day Euros were around 1.45. This cost me about $150 in exchange fees. Fees are fine, but they should be more honest. That's why I was calling around in the first place - to compare! I'd look elsewhere. Never using them again.

Had the currency in stock for my trip, and a very helpful staff. Great find! After I got to Europe, I found that the rates were comperable to what you get in the country.