Tom W.
"Glad we called Best they have went above and beyond to help us with our plumbing problem. Very helpful all the way around. Very nice and understanding and eager to help; ..."moreExcellentte."less 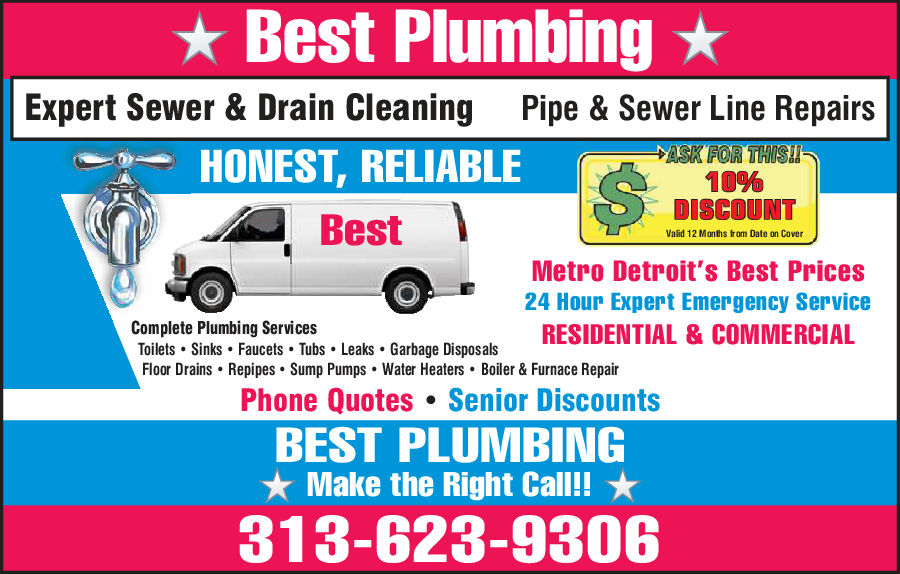 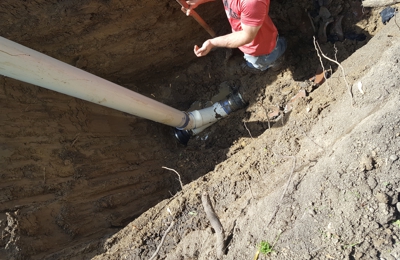 My co-worker suggesting calling Best and i am glad i did. They accurately told me about what was the plumbing problem and fixed the problem fast and fair. I trust that they"re are good people in this world and these were good.

Mike and Joel are wonderful human beings. Worked so hard on our sewer problem and finally cleared the blockage. Courteous, Kind, Expertise.

Very Good all the plumbers from best plumbing very experienced. I liked their friendly Personalities and prices. Good Good Good.

This company has been around 32 years. They Warranty every job and always do a great job for me and everyone i recommend. I am Pleased with there service for many years and will be a returning custromer and recommending family and friends.

Jim from Best plumbing has done an amazing job replacing our old galvanized plumbing pipes in our home. The new pipes he has put throughout our home looks great. He has went above and beyond to make us happy customers

Definitely the most professional Plumbers i came across in the business. Polite, Courteous, Professional, Prompt. The gave an Affordable Price and did a wonderful JOB.

If anyone needs a plumber i would recommend calling best plumbing. I do not see why anyone would call anyone else. Best Prices Around and Great Workmanship.

Best plumbing Rocks!!! Had a major sewer backup in our home on our sons birthday party. the plumbers arrived and got to work quickly. Brian worked on the sewer problem for nearly an hour then the water went swirling away down the drain. At that point he recommend cambering the drain and we are glad he did. We observed the condition of our homes sewer line and seen we had several root problems at different joint in our sewer.

They recommended a water jetting cleaning and as to my surprise removed nearly all the roots. Hats off to the Hard working plumbers at Best plumbing who know they stuff.

Very Thoughtful and thoural. Explained everything to me and why we needed to the job this way. Excellent price and workmanship. Very nice Plumbers and i felt at ease once they showed up at my home. Great job Best plumbing

I have to tell the truth....this company is not the type of company that is sympathetic to the poor...The owner told me he could replace my kitchen faucet for $125 ..instead his employees came to my house and told me they wouldn't use the fixture I bought because "It's cheap quality and all it's going to do is leak"...I politely told them if it's installed correctly then it won't leak....they got mad and stomped out...The owner called me later asking me what happened and why did I give a bad review...I told him what happened...he offered to install it for free...he come to my house 3 days later and stalls, made so many excuses until i told him never mind....I've never been the type to trust anything free and I didn't believe he would do it for free anyway....MY POINT? It took them an entire week to tell me something they could of told me over the phone....WE DONT WORK FOR LESS THAN $300....I got my faucet replaced by a smaller company and they did use the faucet i provided I paid them $160 and everything worked out

Glad we called Best they have went above and beyond to help us with our plumbing problem. Very helpful all the way around. Very nice and understanding and eager to help; Excellentte.